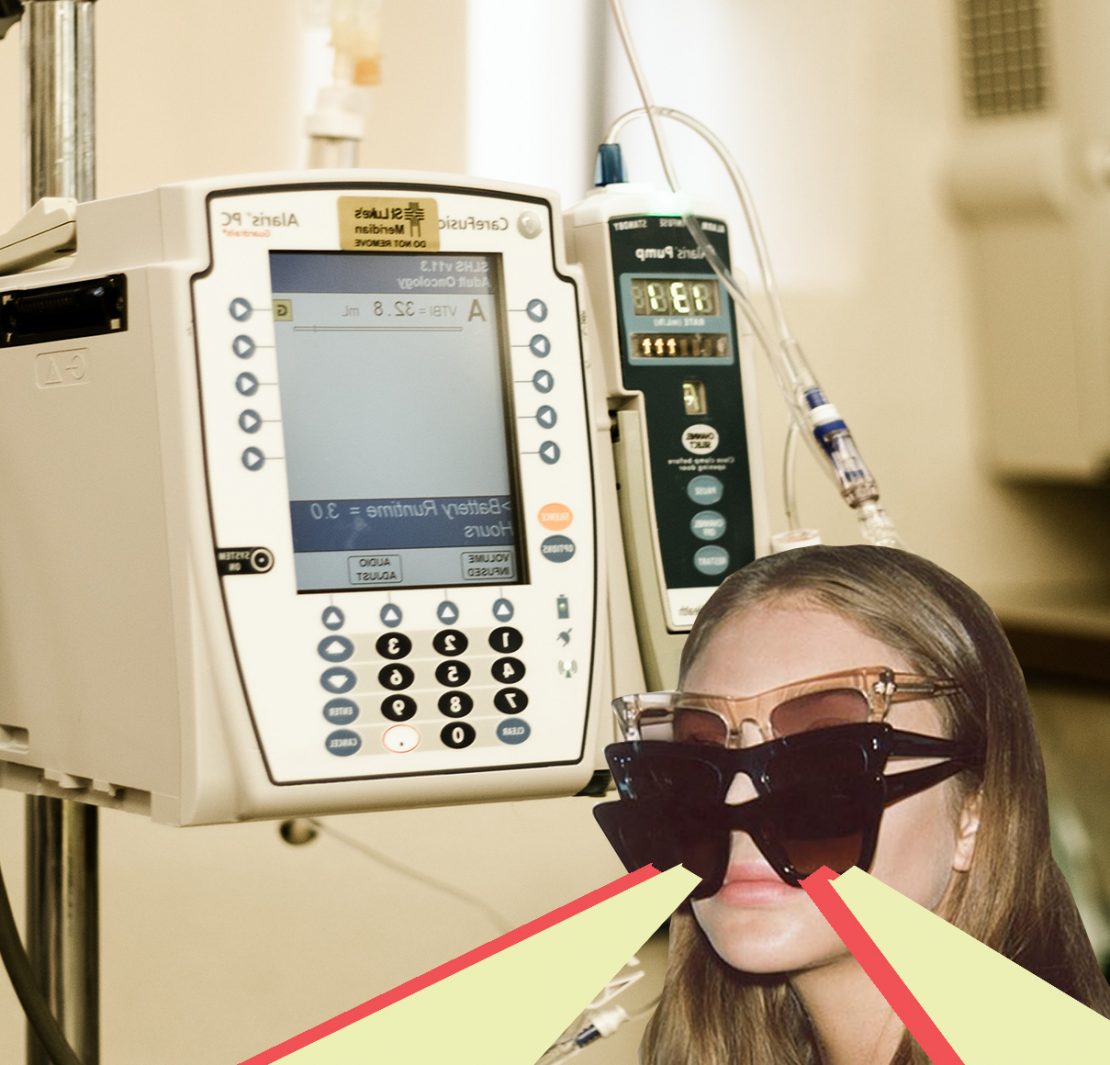 I am a nurse. A registered nurse. In an ICU.

I want to tell people that I’ve watched surgeons crack open a chest and put someone onto a bypass heart-lung machine in theatres. That I’ve also seen a chest be cracked open in the intensive care unit in an emergency situation and that blood splatted onto the frigging roof like a cheap horror movie.

I want to tell people that I know how to manage medical equipment that keeps people alive, medications that can save people’s lives and a whole heap of different situations that we’re continually thrown into with sick patients, anxious families and the politics of the workplace. I want to tell people that I’ve seen someone take a dump standing up, and had someone pee on my joggers as I was walking them to the toilet.

I’ve felt the head of a man with his skull partially removed (squishy) and I’ve seen a man with burns so bad to his face that, if the poor bastard survived he faced living his new life looking like Lord Voldemort. I want to tell people that I’ve seen people die; not always quickly and peacefully. That I, as a bloody 23 year old with minimal life experience myself, have had to hold the hand of distraught husbands, wives, sons and daughters, mothers and fathers and try to think of something comforting to say.

I want to tell people but find it hard to for fear of sounding like a cocky wannabe Florence Nightingale or someone with a god-complex who thinks they have healing hands and is saving the world one patient at a time; because in reality, nursing is just a job.

Sure, it’s not a nine to five job where I sit down at a desk or go to meetings or answer to five different managers who are breathing down my neck to reach deadlines – but it’s just a job. We all adapt, accommodate and acclimatise to our habits and lifestyles, and so if you’re a nurse then cleaning s***, removing drains from peoples brains or thinking on your feet in a critical situation all become ‘normal.’ Only once you step away from the environment, chat with a friend about normal 20-something year old things (like how many people you went to school with are now married with kids) you realise that your version of normal is twisted.

I’m a big believer in ‘it’s all relative’ so although the stories I have, the things I’ve seen, the stressors of my job are very real, sometimes quite confronting and intense, I don’t believe they are more important than the things that someone working in say, the hospitality industry has to deal with (and I did my time as a waitress – you really get to see the assholes of society). It’s all relative.

If you’re a nurse then cleaning s***, removing drains from peoples brains or thinking on your feet in a critical situation all become ‘normal.’

People who deal with facts and figures probably can’t fathom trying to deal with a patient who has chronic diarrhoea and MS and is quite literally lying in a pool of their own waste, like how do you put THAT into an excel document. They probably wouldn’t be able to imagine putting a uridome (think of a condom with tubing and a bag to collect wee) on a man who has suffered a stroke and lost all cognitive abilities and most of his gross motor skills except for the ability to remove said uridome – leading the nurse to believe that this man is using her for sexual pleasure as indicated by the creepy smile that appears on the man’s face when the uridome is replaced. Yet on the same hand, I have ABSOLUTELY no idea how to use Microsoft Excel and no idea how to market sunscreen or what frigging ‘KPI’ means, and if you put me in that kind of office situation I’m sure I’d implode and want to kill myself.

But there is something weird and special about Nursing. Speak to any nurse on the floor and your first impressions would likely be ‘holy hell these people are so insensitive and are not taking anything seriously, they all hate their jobs and are such whingers’, and in reality there is a certain degree of truth to all of that. Nursing is such a unique career and not just in the way that lecturers tell you about in your first week of uni – where the possibilities are endless and that there are so many different paths nursing can take you – but in the actual nature of the work and the way it shapes, changes, chews up and spits out the people who do it, yet we all go back for more, because secretly we love it (or are just so far in we can’t be bothered to get out.)

There are SO many sh** things about nursing. SO many. No really, SO, SO many. A lot of them become less bad as time passes because you realise there’s not much you can do about it and you learn to deal, but there are a LOT of days where you curse the career you chose and think ‘hell, would it REALLY be so bad working at Maccas the rest of my life? I really love their chips.’

BUT on a day where your patient isn’t back from theatre so you can split early, or you’re over staffed so they’re offering annual leave for the day/night, or you get a single patient and they don’t whinge AT ALL and tell you beautiful stories of how they met their wife or they’re off their heads on morphine and propose to you all day, or you get a really critically unstable patient that doesn’t die on your shift, or at the end of the day when the patient you extubated this morning is sitting out in a chair, washed, eating dinner and chatting to his wife, or when you have to give an enema and it has NO effect on your shift (phew!) – then it’s hard not to think ‘yeaaaah, my job rules!’

EXCEPT then maybe a patient dies and you have to figure out how to dress a dead guy with SUPER stiff arms into a button up pyjama top before his wife gets to the hospital and his arm just won’t. go. in. At the time, you wonder what your other 21yr old friends are up to that Friday night, you cry for the dead man, maybe say a prayer to send his soul on its way (not because you’re all together religious, but because you don’t want that same spirit hanging around haunting you on night shift), and wish you weren’t a nurse because you have to be there when his wife comes in, and because you don’t know how to keep this dead mans mouth closed and he’s kind of falling on you as you and your other first year nurse friend dress him and pretend you aren’t scared as hell.

THEN the next day the little lady with dementia comes in with cellulitis in her legs, is bed bound and thinks that her husband is coming to pick her up because they are going out dancing. You sit with her, listen to her stories and she tells you that your hands are beautiful and very soft and proceeds to bed-waltz with you. (Don’t mind the fact she tells EVERYONE they have the most beautiful/softest hands. Floozy.) So the world is okay and you feel like you make a bit of a difference if only for 5 minutes by listening to the ramblings of a demented 95 year old.

BUT then the next week a young father of three has a cardiac arrest in front of his wife and children just before he was supposed to be transferred to the ward and you have no faith left in the world.

THEN the week after that you only need to work for 6 hours today because you get to leave 2 hours early due to ‘shopping hours’ owed to you as it’s leading up to Christmas time and shift work sucks and your bosses are nice!

Then maybe a patient dies and you have to figure out how to dress a dead guy with SUPER stiff arms into a button up pyjama top before his wife gets to the hospital and his arm just won’t. go. in.

The next couple of months at work there is a man that nobody thinks is going to make it, he is 90 years old after all and hasn’t woken appropriately from surgery and it’s been 3 weeks. He had advanced directives that have basically been ignored by the medical team and every time you care for him you feel cruel and like you’re doing the wrong thing. This man will never be the same as he was pre-surgery, and that’s IF he ever gets out of hospital.

But then he sticks out his tongue when we tell him to!

He no longer needs ventilatory support!

He speaks to you!

He sits out in a chair!

He’s discharged to the ward!!!

There is a God! Miracles happen! Maybe you should have more faith in people!

A month later you get a card from his family to let you know he died in rehab.

Nursing is up and down; happy and sad; exciting and monotonous; stressful and easy; busy and quiet; interesting and boring; fun and suicide-inducing; and that can all be in one shift! But at the end of the day I’m glad to be a nurse.