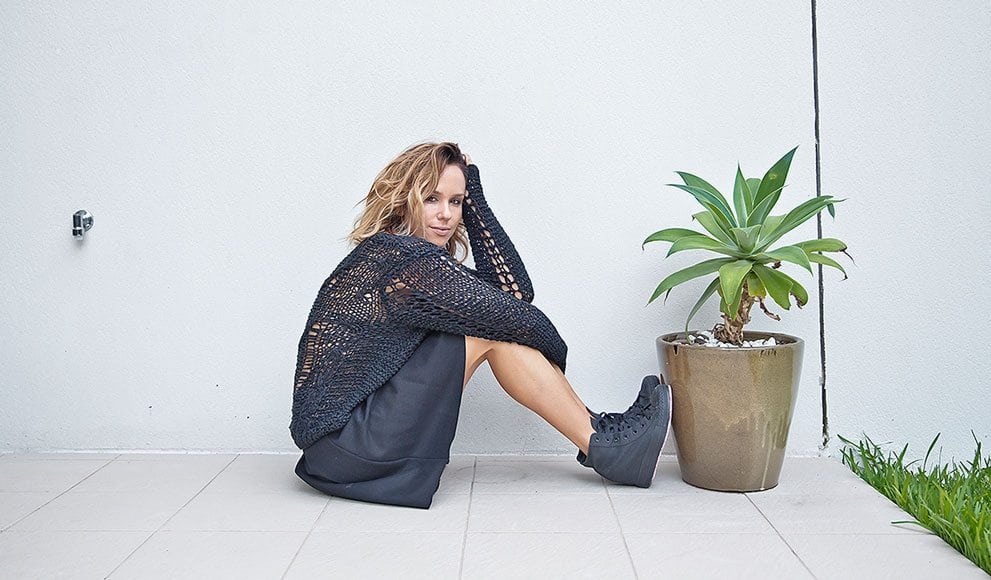 It takes raw talent, unbounded enthusiasm and a wealth of collected knowledge to build a resume to the likes of Pip Edwards.

Living under a rock lately and haven’t heard of her? We’ll tell it to your straight. Edwards is the Design Director at General Pants Co. and she’s really, really cool.

She’s known for her bringing the good stuff season after season, toting a brand philosophy that has everyone else a little jelly and an Instagram account that scores more eyeballs than Shop Til You Drop.

She’s not only an influential trendsetter, she’s Pip Edwards.

So where did it all begin? She may have been four or five years old when she was gifted her first fashion sketch book but Edward’s path wasn’t mapped out with clear rest stops and ‘turn left here”s. In fact, she started out in the Global Risk Division at PricewaterhouseCoopers.

FN: What inspired the leap from corporate to fashion?

Fashion didn’t cross my mind as a career post school. I got the grades to do Commerce/Law degree at Sydney Uni and then made it through the selection process to be accepted as an Undergraduate at PwC. Following an academic future was always my path as I wanted to follow my dad’s footsteps and my parents’ dream for me. After three years of the corporate world it was clear that fashion was my true passion and I immersed myself in that world.

FN:What was one thing you took away from Ksubi?

(Editor’s Note: After a stint as Junior Publicist at label Ksubi, Edwards moved into a design role. She notes that the fashion business understands the interdependence of each function allowing for greater flexibility between roles.)

The boys [at Ksubi] had a unique vision which they lived and breathed. That vision, coupled by the integrity behind their slogan tees and handcrafted threads, is what lead to the creation of the Ksubi cult. They created a cool lifestyle around their product that everyone wanted to be a part of. They gave their product meaning, fusing controversial fashion alongside a huge music and youth following through events like their Bang Gang party nights.

The Ksubi product was therefore in high demand and the boys were easily accessible. It’s pure example of branding at its best. The beauty of it is that it was purely organic and they were just being themselves while simultaneously creating a renegade force.

FN: What did you learn from Sass & Bide?

One thing I’ve learned over the years is that it’s paramount to stay true to your creative vision, be individual and be you.

Sass & Bide really embodied this creative ethos from working alongside creative directors, building creative briefs to designing concepts and working on international runway shows. It was amazing to be across a lot of the creative process, understanding how it was built and soaking in the creative energy and quirk of the girls themselves who were the faces of the brand. Their passion and vision translated into their everyday work, it was deeply etched in the Sass & Bide collections and carried through to their employees.

This same passion and emotional touch came out of every pore and entered into every thread. Sass & Bide was unique in the fact they were able to harness all their creativity and build such a spirited brand. It was a brand that had a rich legacy and very talented and creative people behind it driving the core of the business. From my experiences at Ksubi and Sass & Bide, it’s safe to say that having a unique identity and creativity are important to the footprint of a brand.

Be individual and be you.

FN: Do you think young people need to take the plunge and shift companies to progress in the industry?

There is no road map or right way to succeed in this industry. The fashion landscape is forever changing and evolving, so you have to as well.

Taking the plunge to move to General Pants Co. was the best decision ever. I went from working for designer brands in roles that solely focused on creativity to a hugely successful multi-branded retailer where my responsibilities shifted to not only creative tasks but having a direct accountability for the bottom line in a fast fashion environment. It’s been a challenge but an awesome learning curve. It’s also been great to have experience at both ends of the spectrum.

FN: Who do you turn to for guidance?

I turn to General Pants Co.’s CEO Craig King and General Manager of Marketing, Renee Awadalla – two extremely experienced, inspirational and supportive people. They have the answers and alternative courses of action to consider for every roadblock I come across. They have opened my mind and narrowed my focus.

“Having a unique identity and creativity are important to the footprint of a brand.”

FN: Finally, is there any mistake that you have made along the way which you could share?

Many! Loads of mistakes! You have to make mistakes to learn. And you have to take risks. But if your heart and head are in the right place, your intentions are good and you are a team player, then you are all in it together! If there was a rule book, we would all be doing the same thing and how boring would that be for the industry!

Pip’s advice to young people is to trust your knowledge and opinion. Do your research. Know your customer. And on her proudest moment, “These moments build and it’s all a work in progress. I think my proudest moment is yet to come!”

Keen to get started? Find the course you need.