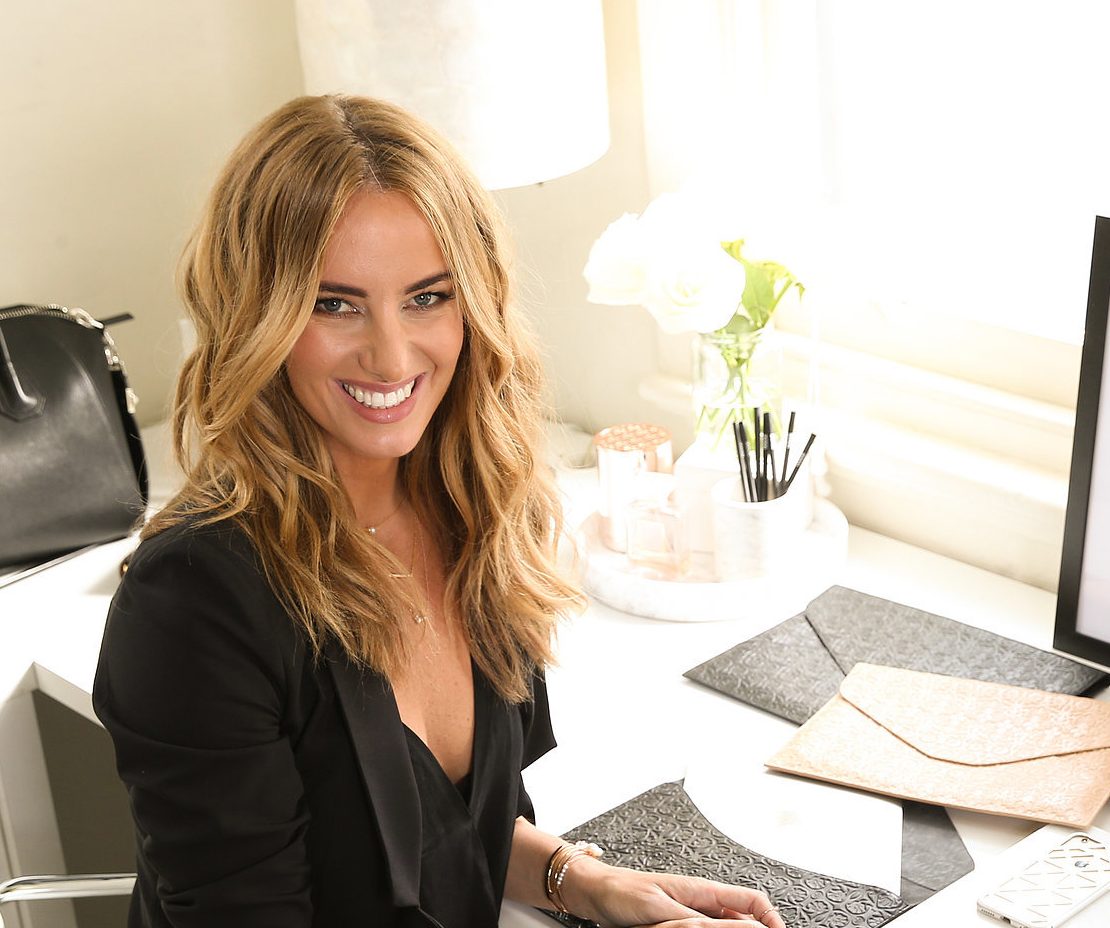 The harsh reality of nurse culture

When you are just starting out in your business, especially if you are taking your idea from hobby to business & are a sole trader ie; a one man band, it can be very overwhelming – Especially if ysou get the opportunity to be in touch with larger corporations, retailers, suppliers or media.

When I started SAMANTHA WILLS, I was 22 years old. At the time, statement costume jewellery was about to boom, hardly anyone was doing it, chain stores didn’t really exist (Jesus, it sounds like I am talking about the olden days, but I promise I am talking about the early 2000’s!), and in addition to the product offering I had (exclusively oversized earrings at the time… because, well, that was all I knew how to make), the media loved the angle on the story that someone so young ‘running their own global company’……

Now – TECHNICALLY, I was running my own global company. The reality was I was ‘Running (around like a chicken with its head cut off) (trying to work out how a) global company’ even works. Never mind the fact I only sold to stores in Australia (As for ‘Global’.. I mean, Australia is part of the globe, no?) I was the only person in the company… For two main reasons, one; I didn’t know how to go about hiring people, and two; even if I did I didn’t have any money to pay them, and didn’t think they would accept baked bean jaffels as currency.

But WHY would the media think I was ‘running a company’? Well, because that is what I alluded to. Before I list the things I did & why I think its important to do them, The above picture is the reality of ‘Company’.  This photo was taken in 2004 by my best friend, Melanie’s Nanna while she was visiting us in our apartment in Kensington in Sydney. I took over the dining room(Sorry Mel!) With a cheap desk & an even cheaper office chair for upto 16 hours a day, hand making orders, shipping order, invoicing, chasing payments, talking to media, sending out PR samples (not that I had PR samples, if media called in something, I would stop whatever I was doing & quickly make it & often times drive it down to their offices because I couldn’t afford to buy a courier docket book!). The pair of jeans tossed over the chair, I probably had every intention oftaking to my room after removing them from the dryer which was just off the kitchen to the side of this photo, but never made it there because there where earrings to make, dammit!

So why did the media, and department stores, and the retailers I was stocking, think that I had anything that resembled a clock-work running company? Well, because that’s what I told them.

SHOW THAT THE BUSINESS HAS A DECISION MAKER:  Because when there is a clear leader / decision maker in the business, people know that it will get done. ‘Managing Director’, is the title I put on my business card. I had absolutely no business doing that, because I didn’t even know what a Managing Director did, but what I did know is that it sounded really important, and sounded like someone who knew how to run sh*t. And I want people, especially retailers, specifically department stores, to not think they were engaging in business with a 22 year old girl who really didn’t know what she was doing, but I wanted them to have confidence that should they do business with SAMANTHA WILLS Pty Ltd, that ‘we’ were such an established company (I mean, we had a ‘Managing Director’) that they had nothing to worry about, and should we be given the opportunity to stock the brand in their stores, it would be more seamless than startup.

SUITE / LANDLINE / .COM: I listed a landline number as the ‘HEAD OFFICE’ number, which simply diverted to my mobile. I also embellished the ‘Head Office Address’ to SUITE. If you are using a gmail, or especially a Hotmail, 1999 called & wants its domain back. Its time to get a corporate email domain, even if you don’t have your website up & running yet, register your domain & get your emails on that system (it is easily done through Go Daddy).

So to give you an example;

THINK BIG. ACT BIG: This was my approach from the start. It may not be yours. Neither is right or wrong, but as a creative, you do need to work out what you are setting out to achieve when you start a company which is based around your creativity. I wanted a big company. I wanted a team of awesome people. I wanted a cool office space. I wanted to be stocked in big department stores. I wanted the business to be global. And you know what, NOW it IS all of those things. But back then, it was none of those things. But like I said at the start of this confession, I was dressing for the job (business) I wanted,  not the job (Business) I had.

So, I added the word ‘Global’ to everything. I never said the brand was selling in international countries when I wasn’t, but I did start to add in countries I had never visited at the time under the logo; The above picture is an early business card / swing tag (yep, I didn’t have enough money to print both, so they doubled up across functions!) SAMANTHA WILLS – Sydney – London – Munich – To this day I have still not visited Munich! The next season I must have read something about Paris, because it appeared on the cover of the next season look book (which I had screen printed on some old curtain material I cut by hand, then glued the covers myself to 500 books, because I thought when media & buyers received a fabric covered look book, they couldn’t help but open it…  It was a big growth year for the brand AND for the record, was the year I signed a distributor in Germany! LUCKY I printed Munich on the cover!!)

But I have always dreamt big, and projected big, and visiting Munich aside (which I am sure is LOVELY at this time of year), everything I polished a little shinier at 22 years of age I chased HARD. I hustled to make the business a global one, I now work with THE most awesome team ever, the brand is now stocked in some of the best department stores in the world. I said it, and I committed to it.

*Goes to book flight to Munich…..

TEAM: Like I said above, I didn’t know how to go about hiring people, I didn’t even know at that point what I would get them to do as it was so anchored around me touching all facets (as all hobby turn business are). So…. I made up imaginary staff…. NOW, I am not suggesting you do this… It’s blatant lying, and as the MTV kids are calling it these days; Catfishing.

Now, before you judge me & report me to authorities, here is why I did it.

I will not tell you my staff avatars ‘real’ name in order to protect the non existent, but for the purpose of this, I will call her ‘Jane’.

‘Jane’ joined me first in the accounts department.  I was selling the jewellery to retailers, then as with all product business, you ship the product & the payment is meant to arrive 30 days from invoicing – But a lot of the time, you are having to chase payments, and as a business that was in such early start up phase, every single dollar counted.  It is a hard ask to be the sales person & then have to turn around & ask the same person you are trying to sell to & build relationships & a business with for money, or have to remind them a few times their account is late. So, enter ‘Jane’. ‘Jane’ could play bad cop, chasing the accounts receivable (only on email, obviously!) to ensure our cash flow was maintained, and I could continue bringing in new orders by selling to them without our relationship being affected.

‘Jane’ was doing such a great job helping me in accounts, that I gave her more responsibility; she started pitching & scheduling media interviews for me. Because, you know what is really obnoxious? Samantha Wills telling you why you should feature Samantha Wills in your magazine. So ‘Jane’ would act as a buffer between me & the media, which at the time, I felt added value to the brand, making it look bigger then it actually was, and in a way, added value to me as a possible subject for their magazine.

‘Jane’ however was very hard to get on the phone, and was MUCH more effective on emails. If she got phone calls, she was often off sick (but reachable on email – she was dedicated like that), traveling (but again, you can reach her on email) & in the end, when I could actually hire real life actual people, ‘Jane’ went on maternity leave, and decided she did not want to return to work. And just like that, she was gone!

‘Jane’ was a great employee, and the best bit, she DID accept baked bean jaffels for her paycheck. ;)

NOW – let me say again, I am NOT suggesting you do this – When I type it out & re-read it now, I agree it is deceptive, my intention was not to ever deceive anyone, but to create a company like the one I wanted to have, and the one I wanted to have (and have now) had a team that helped me get the job done. And that’s exactly what ‘Jane’s’ role was, and as crazy as it sounds, the duration of ‘Jane’ which was  only about 12 months, allowed the business to expand in many ways. There is great truth in the saying that perception is reality.

This post is not my suggestion for you to lie, it IS to encourage you to think big time; Put polish on what you are doing.  First impressions are powerful. Grab every single opportunity, & when you don’t have anyone to go out to the world & sing your praises for you, do it yourself. Most importantly in your early stages, give people confidence they are working with a brand that can deliver, because this is how you take a hobby to a business, and a business to a brand.

We were lucky enough to interview that amazing Samantha Wills about her life, career and advice about succeeding, READ THE FULL INTERVIEW HERE

This article was originally posted on the inspiring Samantha Wills Foundation, the online community that Samantha has established to empower women in business. Check it out HERE