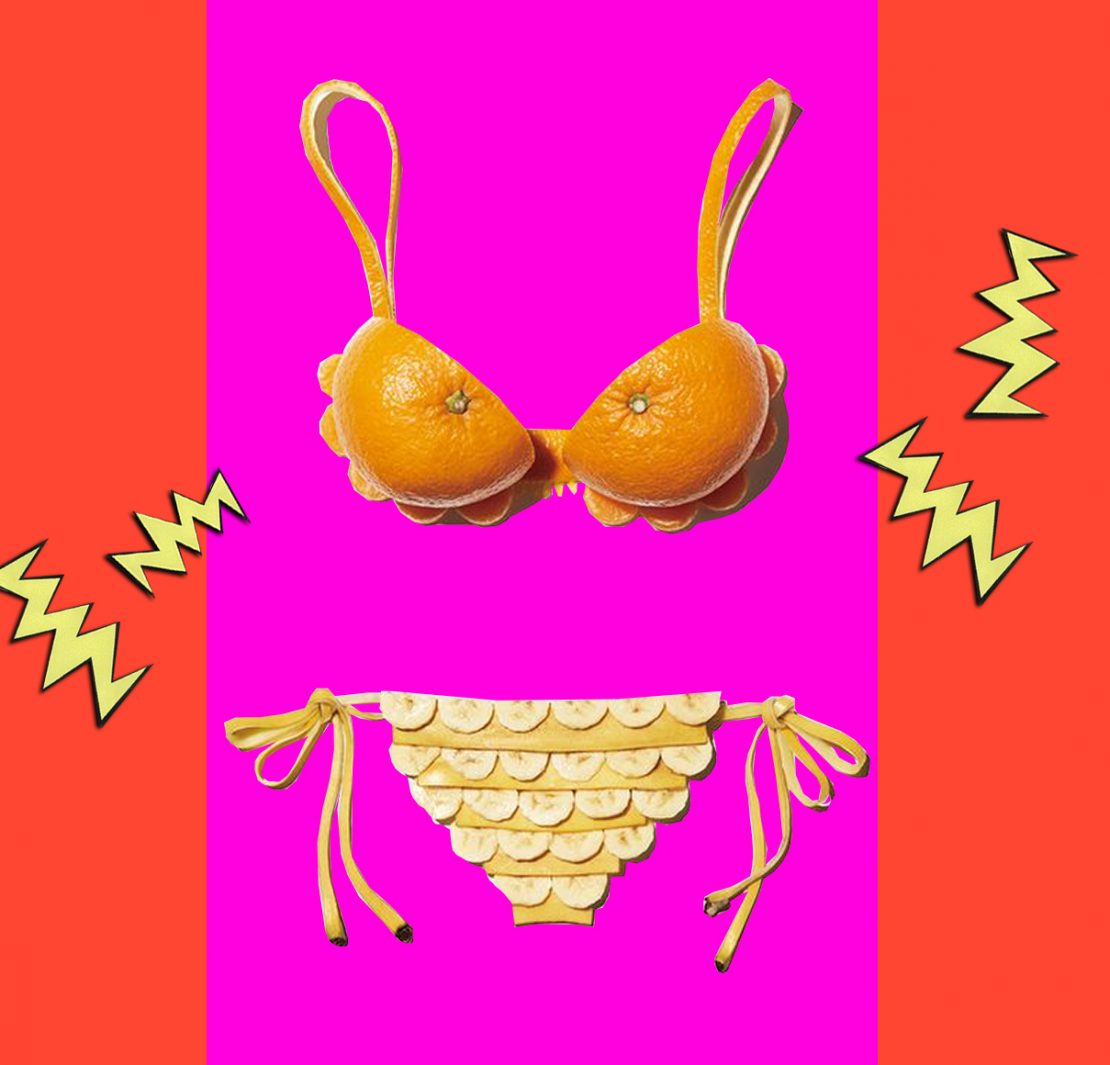 Here’s a Q&A from our series, Real Talk:

The Footnotes: Hey, I guess I’ll just kick off with why you started. Why did you decide to get into sex and relationship therapy?

Isiak: A really great question. It wasn’t so much a decision, it was more something that I fell into.

Firstly, I was at a weekend long music festival, and I found a Tantra yoga workshop. I don’t even really know if I knew what Tantra was, but I later found out. It’s like the sexy kind of yoga, and I really, really loved it.

The Footnotes: You studied so much, I mean you did a master’s in relations, you did a Masters of Medicine with Sexual Health, and a post-grad a Diploma in Sexology.

Isiak: There is a lot about examining our own attitude around sex, and where they came from. Certainly, in the Masters of Medicine with Sexual Health there’s a lot of sexual function. How the body works from a medical perspective, from a sexual perspective. You’re learning about the reproductive organs, how the hormones impacts what happens to the nervous system during sex. The kind of things that can lead to sexual challenges and sexual dysfunction, as well as the evidence-based practices for addressing both. What actually helps men overcome premature ejaculation or erectile dysfunction? What helps women learn to orgasm for the first time or stops them feeling pain during sex?

The Footnotes: I think like at the moment the expectations around sex are at this all time high, it’s almost like the topic of how much people are having sex in a relationship has become this kind of litmus test for whether they’re happy in a relationship.

Isiak: Yeah, so it’s both. It’s a mixture of both. Couples who are just feeling really unsatisfied with their sex life, they want to try some new things, but they don’t know how; or one of them wants sex more than the other, and they’re finding that they are arguing about it, or it’s causing problems. Also, women who feel like they’ve never enjoyed sex… some women who are single, some women who are in a relationship, and they just feel like they’ve never really been able to let go and enjoy themselves during sex.

Because I’m a relationship therapist as well, also, it might be women who feel like they just keep choosing bad relationships or the wrong relationships, or couples who are arguing and want some support around them.

The Footnotes: Do you ever look at a couple that comes in and they are having a problem like this, and then from a relationship therapist point of view, you think you guys are not a great couple and you’re not going to last. Do you tell them that or do you work through it and let them come to the realisation?

Isiak: Well, yeah. I mean as a couples therapist and a sex therapist I’m always looking at both. Most of the time we can’t really look at what’s going on sexually unless they’re looking at the relationship as well. It’s never up for me to decide whether a couple should stay together or split up. It’s for me to help show them what might be getting in the way of great sex, which might be these terrible arguments that they’re having all the time, and to actually help them work through that.

The Footnotes: I think that there’s so much anxiety that surrounds, especially young people and their sexual experiences and whether what they’re doing is good enough or it’s right or whether they could be happier. Do you think our generation has unrealistic expectations around sex?

Isiak: Yeah. I mean, I think we do have a lot of unrealistic expectations around sex. I think there’s a lot about sex that we’re not actually taught, so a really big part of my work is helping people understand what’s normal and that they’re normal. But helping them … you still get the outcome that they want.

The Footnotes: What do you reckon they’re not taught about sex? What kind of stuff is that?

Isiak: Oh, my God. There’s so much, I mean we’re not even really taught how to talk about it. We’re not taught how to have a conversation about what we want, and what we like. I still don’t think that we’re taught enough about consent. How to say no when we’re not really enjoying something. How to really check in with someone to find out what they really like and if it feels okay for them.

I don’t think we’re taught fully about the ways that our bodies actually function. Pornography does not give us very good reference points around that. We’re not taught how important foreplay is, for example, or what’s required for a woman to reach orgasm, or the reasons why a man might be struggling to get an erection. We’re not taught what’s a normal length of time to have sex and how long should you last. I think all of those things, we’re just not taught. The Footnotes: Around how long you should last and how long sex should last, I think that’s probably one of the most frequent questions girls will ask their friends when they first sleep with someone. Can you give us some kind of clarification around that?

Isiak: Yeah. We really, ideally would be having 15 to 20 minutes of foreplay before we actually have penetration sex. That would include like kissing, touching each other, even the genitals. It could include oral sex, then we would if … if we want to go to penetration, and I think we don’t even have to. I think that’s another myth that we’re taught about sex, like it has to end in penetration of penis in a vagina, and then both people have an orgasm. I think that’s a myth.

If though we want penetration, that comes after that 15 to 20 minutes of foreplay. The average length of time that that lasts is seven minutes. It’s when a man is ejaculating in less than two minutes is when we would consider that it’s premature ejaculation. I think that a lot of men can end up feeling bad about themselves, because they’re only lasting a few minutes, and it really doesn’t compare to pornography where they’re lasting forever, and that’s a really unrealistic expectation and not what a lot of women want actually.

The Footnotes: Yeah, so do you think that sex is actually an indicator of healthy relationships?

Isiak: I think, sometimes sex can show a lot. That we’re having a challenge, but I don’t think it always does … I think two people can be happy not having a lot of sex as long as they’re both happy.

The Footnotes: I remember a friend of mine said to me like, “As soon as you stop enjoying having sex with your partner, the relationship is doomed, and it’s kind of on a downward spiral.” Do you think that that’s true?

I think it is normal for sex to change and sometimes there can be other things going on that stops someone enjoying sex. It could be a history of trauma, the fact that they’ve never really given themselves permission to find out what they like. I don’t think it’s necessarily a sign that the relationship is over, but it’s an opportunity to look at what’s going on and maybe improve the entire relationship and their sex life as well.

The Footnotes: What do you love about therapy, I guess about specifically your industry?

Isiak: I love seeing the change that happens in couples. Some couples do come to me thinking their relationship is over either because they’re arguing so much, or they’re not having that … They just don’t feel good about each other anymore or they’re having problems with sex, and they think their relationship might be over. But actually, by working with them and having them work with me, they can actually end up having really happy relationships in the end.

Hearing about a woman who’s never really enjoyed herself during sex, and it’s all been about her partner for her. Then she realizes that she actually can feel really comfortable and confident around sex. For some women, they have their first orgasms after they’ve been working with me as well, and that really changes how they feel about themselves and their relationships going forward.

The Footnotes: Do you find that clients are a little bit sheepish when they first come in, or is everyone at the point where they just, they want help and they’re really open about it all.

Isiak: Yeah. I don’t think anyone is ever gets really excited about coming to see me and talking about challenges that they’re having for the first time. It’s pretty normal for people to be really embarrassed, perhaps for it to take a little while for them to build up the courage to come and talk to me. I always start with a phone conversation with my clients for 20 minutes, so that they don’t actually have to see me. Then I do all my sessions via Skype as well, actually, so it can feel a little bit more comfortable for people seeing me that way, because I know it can be difficult to open up about these things. Often, people haven’t spoken to anyone about it before.

The Footnotes: Do you think that someone that wanted to go into relationship therapy as a career, do you think them studying something in sexology or sexual health is imperative to get in that industry? Because I guess relationships and sex are so closely aligned.

Isiak: I do. I think it’s actually a real shame that a lot of couples therapists don’t actually have a lot of knowledge or experience around the sexual side of things. I think … Although it was obviously a lot of studying for me, but I actually think that it puts me in the best position to help people because I’ve looked at both of them.

The Footnotes: Well thank you, this has been such an interesting topic. I found it so fascinating, thanks for sharing.

Isiak: My pleasure. Thank you.