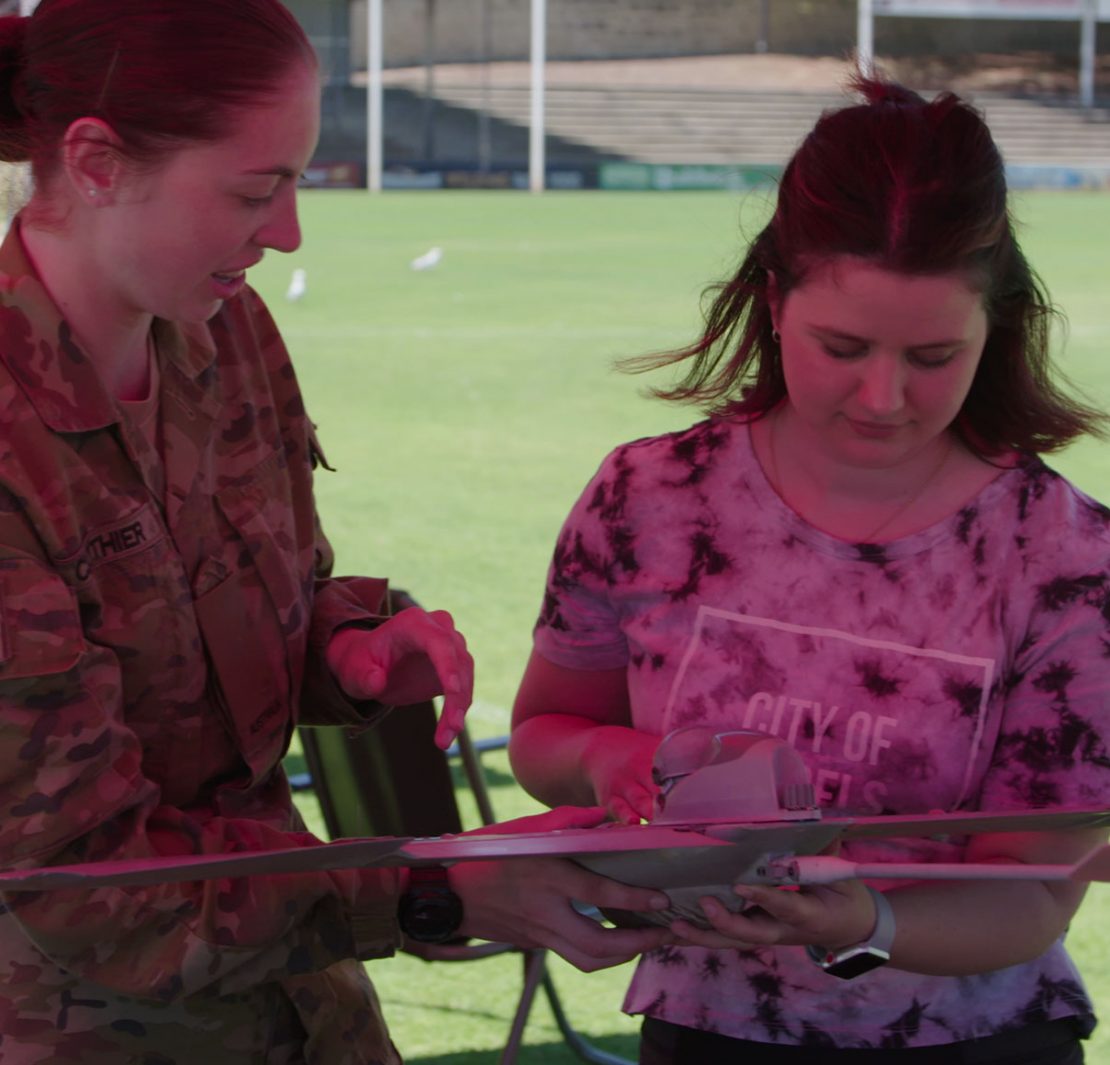 What is your role in the Australian Defence Force?

I’m a drone operator in the Australian Army and I fly drones for a living. My role is to operate the Shadow 200 system which is a tactical Unmanned Aerial system that carries a suite of sensors, including high-resolution cameras and laser systems, high above patrolling troops to provide intelligence about enemy activity.

I get to work with a range of technology including drones and radar and communication devices to provide vision for the ground troops.

What do you get to achieve in an average work day?

An average workday can involve everything from personal training to keep our physical fitness up, to undertaking Simulated Exercises, where we get to hone our skills. The tempo can vary from day to day and include routine things like the cleaning and maintaining of equipment, to flying, and analysing images on a base level.

What is the process of flying a drone?

When we fly we have someone controlling the drone, we’ll have someone operating the camera and those images are then sent back down to provide a better understanding of the battle space to our ground support.

If we can give people information that they don’t know, we’ve achieved our goal.

Who makes up your team?

Our team can include maintainers, who work on our equipment, to drone operators who fly the drone and operate the cameras, to those operating the radios and giving people a greater idea of what we’re doing.

What is the best part of your job?

The best part of my job is getting to operate the drone.

Inside a career in Counter Terrorism

It’s a really cool job. Being a drone operator is great for anyone who has an interest in aviation, or who wants a unique job within the Army.

I’ve also learnt basic meteorology, aviation and about the technology that is used within the drone. I like that I get to work across such unique technologies; something that few people get to experience.

How did you get into this field?

What do you love about being in the Army?

You get to meet so many different people and you make friendships for life. Generally, I get to do things that no one else really gets to do. I go on field exercises and I get to interact with different foreign groups.

Learn more about being a Drone Operator and other careers with the Australian Defence Force here.

How do you become a commercial pilot?

What’s a Gap Year with the ADF all about?