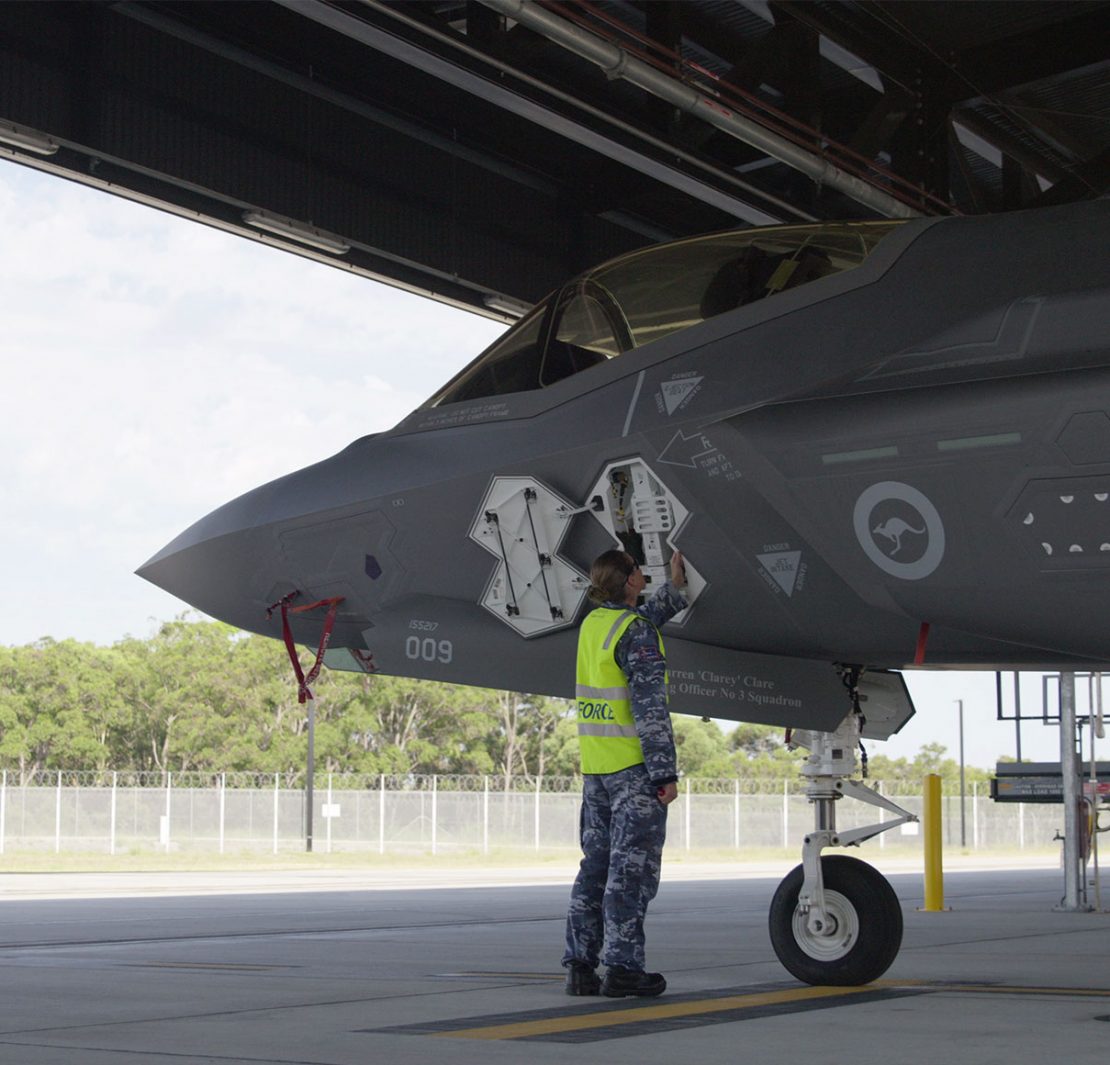 What is your role in the Australian Defence Force?

I am an Aircraft Technician in the Royal Australian Air Force. I work on the F35 aircraft.

Can you describe an average day in the life?

Who makes up your team?

What opportunities have you had throughout your career?

I’ve travelled the world, worked on five different aircraft and I’ve been posted to two beautiful cities. I had the opportunity to go to America for my training. I lived there for 18 months and we worked with contractors and the U.S. Air Force. I’ve also been able to captain the Australian Defence Force rugby union team on an overseas tour to the UK.

You have quite a senior role, what’s the journey to get there?

As a junior aircraft technician, you undertake initial training. Following initial training, you are posted to a unit, which will have a particular jet or aircraft that it looks after. You’ll then complete a systems course, which takes approximately 1 year and teaches you everything you need to know about being an aircraft technician on that specific aircraft. Then you’ll be trained on flight line servicing and how to maintain the aircraft.

What subjects did you study at school?

I used to go out on the farm with my grandfather and help him fix tractors. I knew that I was a hands-on mechanical minded person so I chose to study mathematics and physics because I knew that I would require that knowledge when I was carrying out my Initial Training to become an Aircraft Technician.

What is your advice for young women wanting to pursue STEM careers?

What do you love about being in the Air Force?

The people. The people who I’ve worked with over the years have been inspiring, I’ve made best friends who I’ll have for years.

Learn more about being an Aircraft Technician and other careers with the Australian Defence Force here.

Inside Biomedical Engineering and Working at a Medical Device Company

How can I make the most money as an architect?

Q&A with an Army Drone Operator