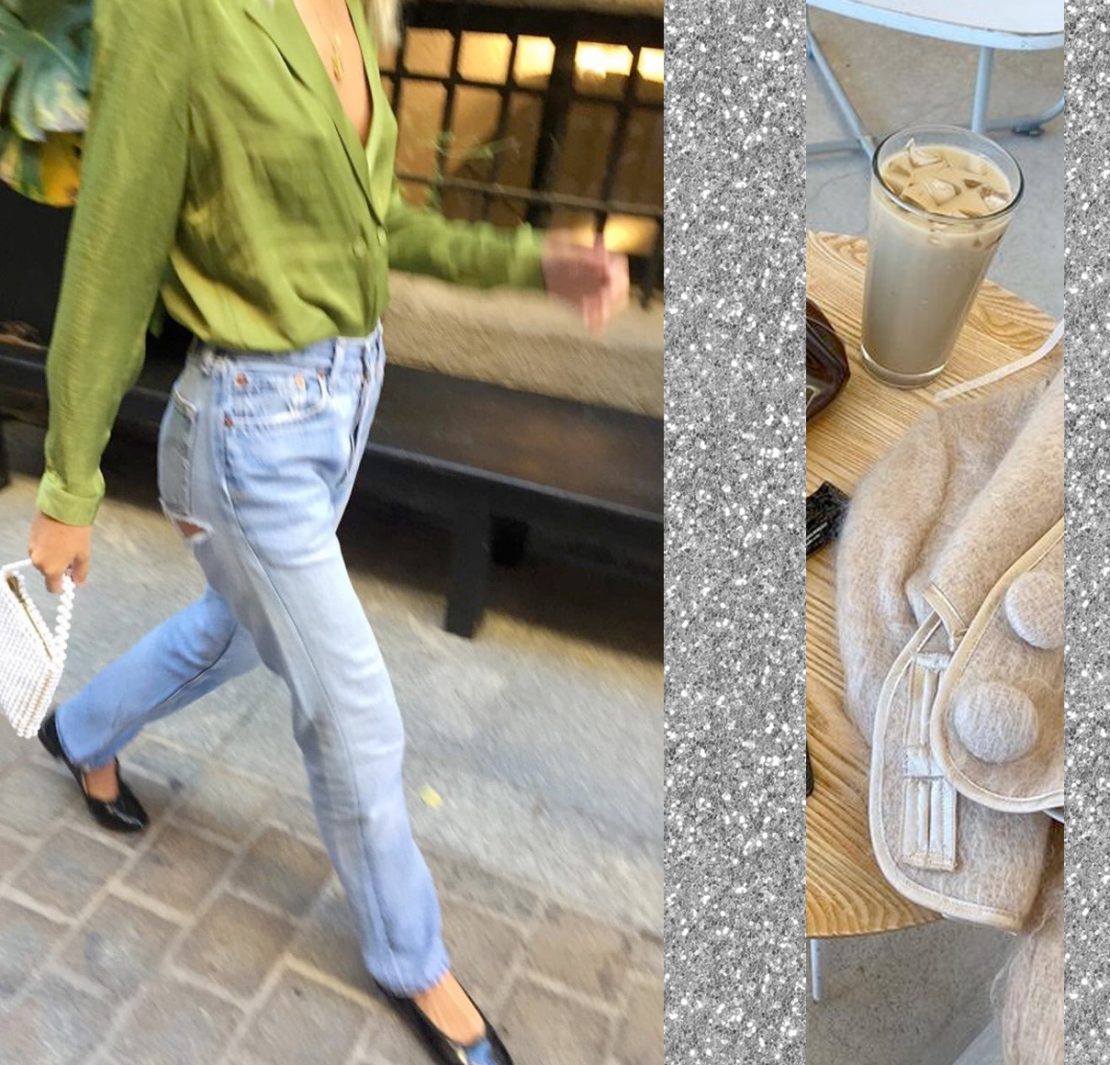 A note from Sam:  My favourite part of this article is Susan’s advice around networking, “I think because of that attitude I wasn’t at the event with an intention to ‘network’ – I was just there to learn and it happened organically. I think a lot students to take a lesson from that; go to events because you would enjoy them and are interested in bettering your career, not to look for a person with a name badge that you think could help you. I think this attitude got me a lot of referrals in my career, which turned into job offers. I have never really had to cold call anyone for a job.”

Q: What did you study after school?

I studied Computer Science and Software Engineering. After that, I did a Master of Information Communication Technology, majoring in Enterprise Networking.

Q: Did you know how to code? Were you familiar with Python or Java when you started?

Not at all. I didn’t study them in high school, so I started fresh in university.

When I was in the second year in university I wanted to get an internship, but at the time my English was rubbish and as an international student I was only able to work for 20 hours per week. I ended up working exactly 20 hours a week in the local IT company.

I remember that my resume was less than one page. I had to make it size 14 font so that I could fill the space. But it was enough to get me an internship as a software developer in the company. Once I graduated from my bachelor degree I got a job with them as a programmer, and that was the beginning.

Q: You said that your English “was rubbish” how did you work on it?

I learned English from the people around me at university. I used to take an audio recording from the lecture because there was so much vocabulary that was specific for computer science. I didn’t understand how it translated to my language, and understanding the conversion took a lot of practice.

I also joined international toastmasters to practice public speaking and force myself out of my comfort zone. Basically I was just getting as much practice as much as possible. It’s a lesson that can apply to any student. It’s up to you to learn the skills you want.

You need to be proactive and ask for help. For example, I used to ask a colleague in the first year of my career to look at my emails in a draft format and proof-reading them before I sent them to the whole team. You take their feedback and you learn from it.

Q: Your first job was in computer programming, and since then you’ve collected some pretty impressive companies on your resume. Can you talk me a little bit through how your career has progressed?

When I graduated from university I started to work in a local IT company and stayed there for three years.

My next break was when I meet a Google recruiter in Sydney at conference. I worked at four different teams at Google and for two years in Australia and two years in London.

And after that, I went back to China and worked for a what was then a start-up, Tik Tok. It is going global right now, but when I started there we were still the development stage. I was hired to help them to monetize the platform with advertising and help them with the ‘go global’ strategy. I was in China for two years. Then I started my own venture in London, where I live now. It’s a capital fund to invest in tech start ups.

Q: If I jumped back to when you met someone who was working at Google and then yourself, got a job at Google. That opportunity is so rare, how did you take an introduction and turn it into a job, and what’s your advice around getting your foot in the door at somewhere like Google?

Great question. I think at that time I was too young and too naïve to know the significance of working at Google.

I think because of that attitude I wasn’t at the event with an intention to ‘network’ – I was just there to learn and it happened organically.

I think a lot students to take a lesson from that; go to events because you would enjoy them and are interested in bettering your career, not to look for a person with a name badge that you think could help you.

I think this attitude got me a lot of referrals in my career, which turned into job offers. I have never really had to cold call anyone for a job.

I think that you can put yourself out there to be considered for a job just by rolling up your selves, being available and open minded.

I wasn’t precious in my work. I knew I had so much to learn and when someone perhaps didn’t like my style or work I would just listen and take notes and consider it as constructive feedback. I always wanted to be better than I was yesterday and I think people like being surrounded by someone with this attitude.

Q: When you were at Google, what was your first position? You said you had four different roles there. Can you tell me a little bit about those?

When I first started at Google I was working in a product team that populated Google maps with information about galleries, museums and tourist attractions. I didn’t have much of an understanding of how a company like Google made money and this was a good first job because I started to form the understanding of using content about arts and culture can help strengthen a product offering, that in turn would deliver advertising money. I think the role transformed me from someone who was working as a software engineering and who was always as a backend and it slowly got to the front where I could communicate with humans and communicate with the customer; thinking about what they need.

Q: What was the culture like at Google? Is it a great community or is it hyper competitive? What’s it like?

I think this is definitely very competitive. I think even in my time the acceptance rate was around the 0.03% mark, and that was even just to get into even interviewing stage. I was told that annually they would get around three million applications.

A lot of my colleagues were from elite schools and Ivy League college from the US or in the UK; think Cambridge and Oxford. I think there is definitely a lot of pressure to work in that environment, but I also think everyone’s very unique. You have to build your own confidence and know what you are good at and be able to use it and also be able learn from others. I think that’s the most incredible thing about working at Google. You are surrounded by well of the most smartest crowd in the world. Take use of it and learn from them, don’t treat it as competition.

Q: You moved to London with Google and then you said you went back to China to work at the company that went on to launch Tik Tok. How did that come about? Did you get poached?

I was debating with myself for a long time about whether it was time to leave Google. I think that after four years at Google, according to my manager at that time, I’d done everything I was supposed to do and not supposed to do. I think that’s a great summary. I already made it around the world and had a variety of roles. I had learnt new cultures and about four different products, including search and advertising; and I just didn’t want to get comfortable.

I decided that I wanted to get outside my comfort zone and at that time, a good friend in China who introduced me my next employer. I thought, it’s a perfect time for me to learn about start up culture. I wanted some first hand experience about innovation.

So I took a jump and went to Shanghai to lead a team of 25 to work on global monetization. Working in a start up like Tik Tok meant starting at 9:00 AM and working till 9:00 PM six days a week. But, that enabled me to grow fast – but also loose a lot of hair.

Q: So let’s talk about Tik Tok a little bit, because as you said, it’s a global sensation now. When in early days when they were still conceptualizing what it would be like, did you imagine that it would be as big as it is today?

I have no idea at that time, but I knew it had great potential.

They had purchased another company called Music.ly at the end of 2017 and I was hired as part of the team to help with their integration of that into the Tik Tok program.

I could really easily see how a Chinese company could go global by applying some lessons from Western applications; but I thought it was also really important for them to embed their own character and cultural creativity into the app. I used the skills that I learned at Google to help them build the strategy. Then when it took off it was time me it was time to leave. The moment that they knew how to focus on the creativity and product design (in a way that users were going crazy about) it was time for a new challenge.

Q: Can we talk about the Tik Tok team. I imagine there are people who are in global strategy, people who were in product design, UX designers. Could you name a few job roles that sit within that team?

There’s so many different functions, similar to Google, or Facebook, or Instagram, or YouTube. I remember in a week I could do three onboardings every Monday, Wednesday and Friday. It grew quick. And that was just in China. Globally, they probably had hundreds of people onboarding every second day as well.

There was community management teams, operational management, accounting management, product design and partnerships. There are so many interconnected jobs in a technology company that are not programming. The last team that I was in was focused on global public policy and how we could engage in paid partnerships with policy makers. Tech companies are big, they have such power and influence that they employ almost every division you can imagine.

Q: It’s interesting that your job today is so different from your degree in computer engineering. Can you talk to that a bit.

Here is the thing, learning computer science or computer engineering or technology doesn’t mean you are going to be a back end programmer. It means that you will have the language to build innovative businesses, and once you speak that language you and design, negotiate or manger. It’s a skill that will open a door into any business. I could recommend the course more.

Data Science: What is it?