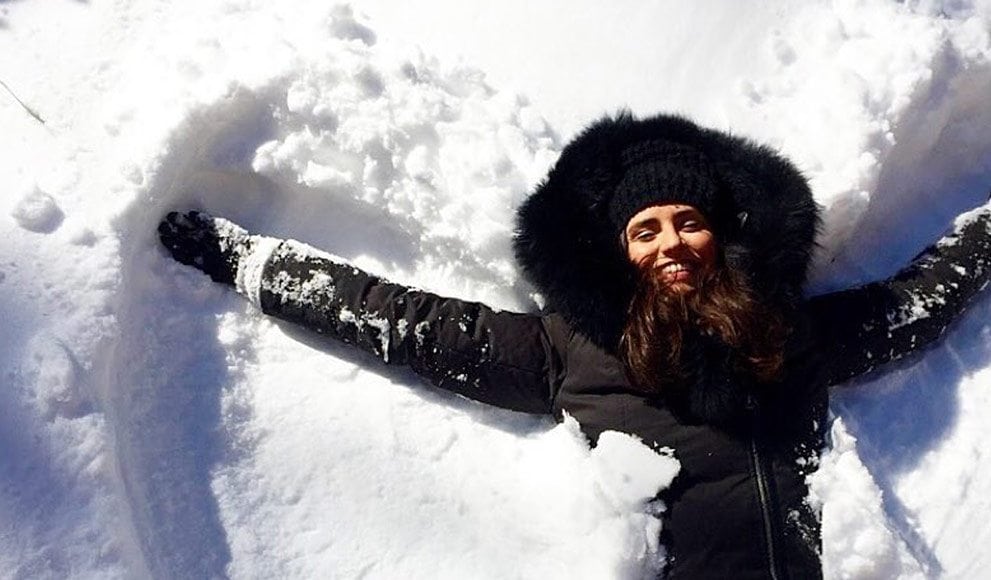 Samantha Wills confessions from her early days as a designer

Trying to pluck up the courage to take the plunge and start a life in NYC? Well, we spoke to the Chief Economist at Indeed, the world’s largest job search engine about the US job market, covering everything from the salary you deserve to side-stepping the visa game. Landing a job is only half the battle, however, and you’ll need to sort through some serious life admin before you can get the ball rolling. Covering everything from social security, the rental market and your wifi; we spoke to the Real Life Carrie Bradshaw about the logistical edge of a life in NYC.

The US job market:

Tara Sinclair, Associate Professor of Economics and International Affairs at George Washington University and Chief Economist at Indeed explains that when you are comparing the pair, the job market in the US is currently stronger (and better paid) than the Australian market. “Actually, the labour market in the US is very, very strong at the moment, and the unfortunate challenge at the moment for Australians looking to soak it up are the legal barriers and the visa requirements”, though too she adds, “while we watch the impending political environment unfold who knows what could change in the near future.

“There are many more employers wanting to obtain visas to bring in International workers than there are obtainable, so they go very quickly. Every year employers put in bids, and they [visas] are gone within days.The trick if people are looking to gain employment in the US is higher education. In particular, people can get permanent access to the US workforce via the completion of a US based PHD. While this is a huge commitment, you are then able to get into the academic job market, which doesn’t have the same limit on visas.”

Equally, employers take advantage of this loophole and Tara tells us that that tech companies are common advocates, “You wonder why you see all these sociologists working in tech companies; but they didn’t want an academic job [when they decided to study], they wanted to work in a Silicon Valley tech firm  and after a few years at University, they’ll go and work for a company like Google”.

Maddie Moore, our resident NYC wealth of knowledge is first to admit that “To begin, there is a lot of life admin you need to get through,

You are now a registered visa-holder in the United States, so you need to organize your Social Security, your tax, your phone bill, your wifi …your general identity as a member of society! This is all accomplished in a week or so – and then comes the apartment hunt. I was lucky enough to crash on a friend’s futon when I first moved to New York – I will never forget that overwhelming exhaustion, lost in a tiny studio apartment, unable to sleep, the snow falling and my heart bursting out of my chest. It was one of the most exciting times of my life, after all. Anyway – I digress. I think the key to apartment hunting is keeping an eye on what’s out there months before you decide to actually go looking. When you are hunting for your first apartment, there is no way you are going to find an available one unless you have a great credit history or you can pay the first 6 months rent. Obviously, I was screwed. Luckily, my roommates boss acted as a Guarantor for us (a rarity, but can be done only by U.S. citizens) and we landed an apartment in Stuyvesant Town in the East Village. This was great, but in hindsight, the lesson I learnt was if you are living in New York, you aren’t there forever – live where you want to live. Sure, you don’t want to pay a load of money every month, and you would like a reasonable sized bedroom – but if you can find a teeny tiny apartment in an amazing area like SoHo (a wonderful explanation of my current place of residence) Go. For. It. Waking up and walking outside into the hustle and bustle, no matter how much noise you may have to get used to in the meantime, is what makes living in New York so exciting. If I could go back in time, I would completely disregard a bigger room and cheaper rent for my current tiny box of an apartment, in a heartbeat. Why? Because location is everything in this city, and where you live is a huge part of your experience and what you learn to love about life here”.

“Rental pricing is steep. In Downtown Manhattan, the area everyone wants to shack up in, you are looking at paying at least $1400 USD for a reasonable sized apartment (way more if you choose to live alone in a studio). Many move over to Brooklyn to save rent, but prices are rising over there too, and in Williamsburg (a mini-Surry Hills in NYC), you are looking at paying the same price at the moment. In other areas of Brooklyn, you can save at least $500 a month, however. When I first moved to New York many people recommended living in Brooklyn, and I have nothing against it – but knowing that I was only going to be here for a few years, I wanted to live in the thick of it, and enjoy every minute of the bustle. The areas I would recommend include (but are not limited to) NoLita, NoHo, SoHo, Chinatown, Little Italy, TriBeca, Lower East Side, West Village, Chelsea, and the Meatpacking District. (Just to name a few, of course)!

One of the things I love so much about New York? Each area has its own individual charm. Little Italy (known by some as Little Australia) is all fresh pasta, delicious cannelloni and friendly Italians inviting you into restaurants as you walk by, while Chinatown is a mosh pit of crowds huddling under red lanterns buying 4 avocados for $1 on the side of the road. SoHo is high fashion galore, with pastel fire escape hi-rises lining the streets, and teeny tiny models with their french bulldogs as far as the eye can see. The Lower East Side is all things grungy chic – think motorbikes, tattoos, karaoke bars and rooftops. In the West Village you will find beautiful gardening that changes with each season, and bright red doors greeting the elite as they enter their infamous Sex And The City brownstone terraces. The Meatpacking District? Some of the best clubs and restaurants in New York sit above that red brick cobblestone it is so very famous for, while the High Line sits above it in all its glory. TriBeca is all large, groovy lofts above the ever-classy Financial District, and Brooklyn escapes the madness, giving you time to breathe and chill among the refreshingly low-rise buildings (and rooftops with a mighty fine view of Manhattan). Each area suits a different personality – my advice would be immerse yourself in all of them until you find the one that is perfect for you.”

“Once New York is your home, it’s your home. For some this takes a week, for others a year. In my case, it took me about six months, and I am still deciding if it is exactly where I want to be. I think it is the sort of city in which you are always imagining your departure, but will never be ready to actually leave. When I first moved I told my friends that I knew there would be this glamorous, amazing moment where it would just hit me – I lived in New York City. Fast forward six months and I was walking home from work in the blistering heat, sporting manky sneakers and pasty legs from a cold Winter, and it hit me, “I live in New York City”, in all it’s unglamorous glory. I remember calling my friend Steph, I was so excited – it had taken a lot more than I thought it would to get to that moment. You may have found a job, apartment, friends, a steady pay cheque, but calling this city ‘home’ is something else entirely. For me, I had to shake the idea that I was on holiday, because I was still so eager and excited, every single day. I then had to shake homesickness, which hits you like a ton of bricks when you least expect it. Financial woes came next, because the money you save definitely doesn’t last long, and then settling into new friends, new dynamics, a workplace. It’s never ending!

New York is the sort of place that you never feel truly settled, because it is constantly moving at such a fast pace – there is always more to see and more to do. At the same time, it is the sort of place you couldn’t bear not to be apart of, because you really are never truly settled. At the end of last year, I wasn’t 100% sure I was going to get sponsored by my company and stay, and I remember sitting on a friends fire escape hysterically crying saying, “I’m not done, I’m just not done yet.” There was so much more I wanted to do and see. When it comes to leaving this hustle and bustle, you need to be ready – it needs to be your choice. New York gives you an incredible wanderlust for the actual city that you live in – and I don’t think many people can say that about where they live. That’s what makes it so special, and that’s what makes it home. For now, at least.”