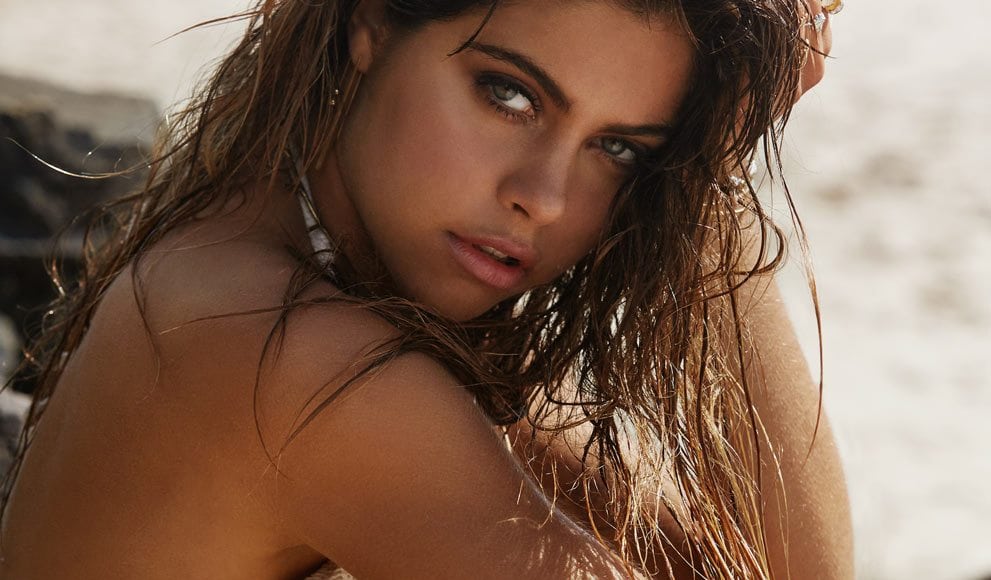 Q&A with a camel farmer

Meet Ismeen Marlane Ashraf Elashiry. You may already know her as Mimi; and if you’re only just discovering her you’re about 800,000 Instagram followers late to the party.

That’s not even fashionably late- but what is fashionable, is Elashiry, whom started her career as a child and has amassed a cult-like, bohemian-doting following inspired to emulate her every move.

While she says the secret to her ultimate beach waves is to actually “just go”- to achieve a career like hers is a different story.

With her first gig as the Lion in a Panadol ad (search ‘Little Critters Panadol’ on YouTube) it’s obvious, and coincidental, that from the start there has been a parallel between Mimi’s work and real-life personas as she tells us her spirit animal is a lion- wild, and a relentless fighter in the face of life challenges.

Taking a break from modelling around the age of 12 to focus her energy on school and dancing (yep, she also boasts a 97 per cent HSC score and a full scholarship to the Joffrey Ballet School in New York), she got back into the industry at 16-17 and was able to start building a name for herself with the help of some smaller labels and networking with her friends, such as the boys of Life Without Andy.

FN: To the girl who didn’t even know she was ‘blogging’ and just, “had someone take some hippy photos and they went viral on Tumblr,” you obviously have a knack for it- what are your top three tips to building an audience and personal brand?

FN: What’s the most valuable piece of advice you’ve received in your career?

M: Always be polite, have a voice when required and enjoy the process!  It’s all about experiencing and learning for yourself what works for you and what ways to approach and perceive things.

M: The best general advice I’ve ever received/my favourite quote is from a dear friend Rita Balshaw, author of Hippies in the City– “All you have is here and now. So surrender and just be”.

While a powerful mentality to live with, it’s also clear that Elashiry controls her own destiny, and to quote one of her choice bands, The Acid, Mimi’s Basic Instinct is to, ‘fight in water, want it, want it.’ After facing resistance from some traditional agencies due to her 5’6” stature, “it still happened pretty quickly. After the initial meetings with traditional agencies, my manager, John Scott, said, “okay, we’re gonna do this my way…and we did.””

To this point, Mimi has previously spoken of how the industry has also changed as it, “now relates to people on so many more levels (via social media), as opposed to just the traditional ‘you’ve got to be really tall,” ideals. FN: How does having a manager assist in your career?

M: [John Scott] helped me with the business side of things and being a family friend I have always trusted him with everything and taken his advice on board. We work well together. Yes, having someone who has worked in the industry and “knows how it works” is very helpful, in fact extremely as I started at a young age. But once I developed an understanding through working with John I learnt to stand my own ground, have a voice, he involved me in a lot of the decision making processes. I have the final say in the work I do and – not just because I’ve been offered big $ or product. I am very independent and have always made my own choices, John is a great support in that.

FN: Often described as a self-made model- how do you think the traditional role of a modelling agency has shifted? How did your career change once you were signed?

M: It didn’t really change the way I looked at my job or the way I worked. I do think that traditional agencies still rely too heavily on the outdated paradigms of the fashion industry. Platform Me saw things differently- they opened doors and signed me to Next [Model Management] in the US which has given me the opportunity to travel to the US and work there! I am very, very excited to move there in 2016.

FN: How did visiting the US (and working for brands such as Elliot, Free People and Diesel) change things? Do you see limitations to working in the Australian industry?

M: No, there aren’t limitations; the industry is just smaller which is understandable. I wasn’t there for long but being exposed to the grandeur of the industries around the world definitely motivated me to explore other markets and travel- above anything.

Defying expectations and living every models dream, Mimi lay out the best and worst of her modelling world;

M: I am most definitely excited to design more swimwear for Cheeky Swim, a label I recently launched with Glue Store! After travelling and being inspired by some crazy European vintage, I’m definitely ready to create something totally different for my next collection!

Her favourite piece from this collection?

M: The Romantics bikini top in cream! I love a cute frill, you can push it off the shoulder too if you’re feeling extra cheeky. M: The hardest part of modelling is shooting product/look books for hours and spinning around – front, side, back in 90 different outfits while a bright light flashes in your face!! So I guess, if that’s as hard as it gets, there’s not too much to complain about!  It really is awesome fun. Shooting on location and meeting new people is always a blast. I love working with MTV, #MTVItGirls is great fun. It’s so exciting to be associated with such a global brand – sometimes I could just pinch myself…

Growing up in Sydney, an ‘imported local’ to Byron Bay and now bound for the United States, if ever you wanted a benchmark for how to live as a girl on the move, Mimi has gifted us her routine. Start from 5.30am with sit-ups and stretching, then chow down on a piece of Purelife Organic sprouted Khorsan bread with some coconut oil, fresh garlic and avocado to keep you sustained through to lunch time. Maybe a coffee…

Mimi is through-and-through the woman of health and integrity that her brand portrays. Playing host to a younger fan base, and with two little sisters herself, there’s an acknowledgment that this comes with responsibility, yet she is still way too down-to-earth and humble to even realise the influence she has on people- citing once the weirdness of receiving a picture of people (strangers) lined up with her name written on their backs saying ‘Happy Birthday’.

Likening herself to Pocahontas (the Disney version), Mimi finds herself mesmerised by the kind of spiritual freedom she represents, and attributes her ability to stay grounded to this Pocahontas-esque connection with nature. Combined with her housemate, Kobi, “a gorgeous soul, naturopath, [who] knows everything about the universe, the moon, the stars, our bodies and most importantly- my veggie patch!”, we would say Mimi has a pretty good grasp on things and is in no danger of losing her way. A lesson to take in surrounding yourself with people who remind you of what is good.

She’s real, she’s infectious, a self-proclaimed foul-mouth, and we want to ‘giggle our pants off’ right alongside her, barefoot and in sequins.

So to the girl (and future girls) who ‘went to a lingerie casting and stood next to a gorgeous six foot, tall girl and I just thought, “This is f***ing ridiculous”- when ‘you do you’ so well, don’t spend your time trying to compare to something or someone you really don’t need to.