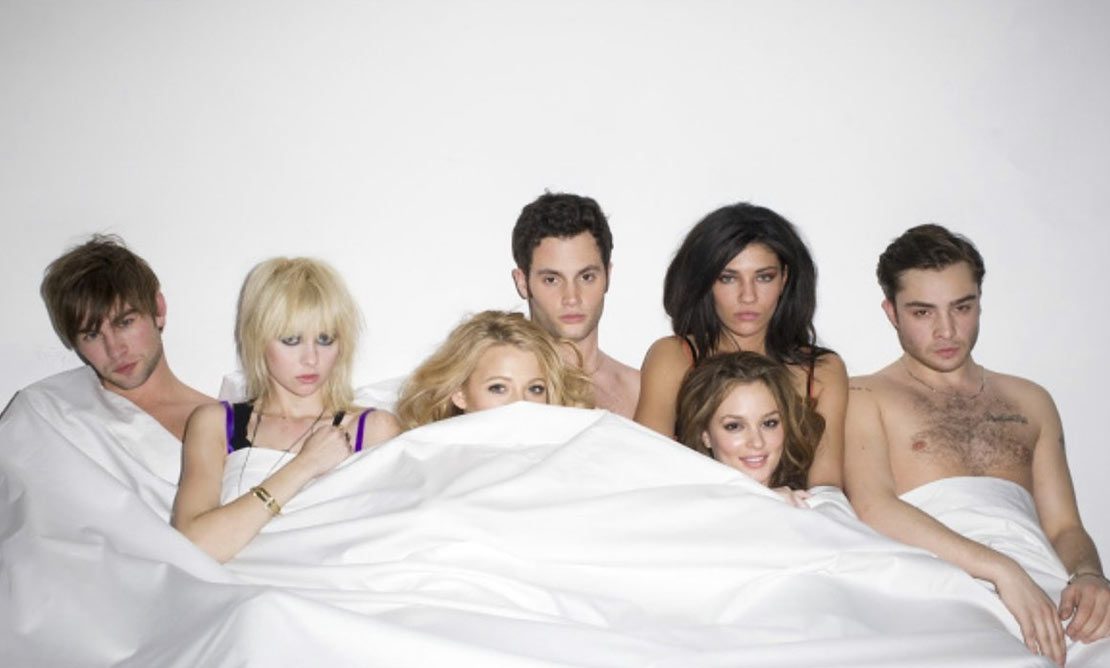 From receptionist to senior features writer: 8 step guide to climbing the ranks

Just a few short years ago, those who wrote TV series specs were unusual; since the explosion of contests and various Writersroom initiatives, there are TV scripts flying all over the place it seems. And a helluva lot of them, perhaps as much as 50%, are good I reckon. This is interesting to me, because I would still venture that only about a maximum of 20% of features in the slush pile are good in contrast. Perhaps it’s page count that daunts writers; perhaps it’s the necessity to “simply” movie plots (in comparison to TV series, which can be more convoluted?); perhaps it’s because people watch more TV than films? But for whatever reason, I would be willing to wager on there being more good TV specs out there than features, if all of them doing the rounds were piled and counted and judged in the same place (yikes!).

Yet how do you “stand out” from the rest of ’em? Well, for me, that’s a no-brainer: you write a rocking spec series bible*. I read a lot of these too now for people and I have to say – as good as many of those good TV specs flying about are, a whacking 95% of ’em are let down by their series bible. Why? Here are my thoughts:

They’re boring. Well, first off, a lot of them are just really dull. To look at; to read – YAWN. A series bible is another chance to really SELL your script and your story and 9/10 writers forget this. They might spend a lot of time on them, they might skirt around them – the end result is the same.

Length. Most series bibles I see are TOO LONG – ten, fifteen, even twenty pages. They’ll start off with a lengthy synopsis usually, maybe a page each for character profiles, a lengthy note on background of the story, why the writer has chosen this story to tell… STOP RIGHT THERE! Readers don’t get paid extra for series bibles usually. That means, however good your series bible, there’s a very good chance the Reader will simply skim over it. If you can’t GRAB them, let them know IMMEDIATELY what a) this is about b) who the characters are and c) why this is a series (and not say, a feature), then you’ve just missed your chance, big style.

But how to give yourself a fighting chance of a decent series bible? Here’s what I recommend to my clients, inspired by the marvellous Adrian Mead (I wrote my own series bible for a script called KINGS OF THE CASTLE and gained myself an agent, a trial on a TV show and a second read on the recent CBBC initiative, so I think it works). Here’s what I reckon should be in your SPEC series bible:

A one page pitch. As Adrian says, no one is afraid of one page – and even if an overworked reader is having a bad day, then there still should be a good chance of them reading at least THIS page. Make sure your logline is clear and interesting and work through Adrian’s ideas for “selling” your series as I outline in this post. FYI, a one page pitch for a series bible should be for the series AS A WHOLE, not the scripted episode you have included with the bible.

Very short character bios. Most character profiles I read are about a page long and usually make little sense, either because they are a stream of consciousness or because the writer references moments “to come” in the series that seem completely disjointed because they haven’t happened yet (a classic case of a story being clear in the writer’s head, yet it not translating to the reader). I recommend between 2 and four lines for each MAJOR character, with just one line for MINORS. Don’t worry too much about what these characters look like (unless it has a direct bearing on the story) and DON’T cast the characters in your head, I hear so much about it being “fine” or a “no-no” that I think it’s far better to stay clear of that ol’ hornet’s nest. Screenwriting God Tony Jordan said in a seminar I once attended years back, he also includes a “secret no one else knows” to his character bio. I used this in a series bible about a year ago to great effect, it got me the meeting and the guys really enthused about it (it’s stuck in development hell now, but you never know).

Very short synopses of other episodes. I like to give myself two lines for these – one for “story of the week” and one for the “serial element”, though of course it does depend whether you’re writing a TV series, serial or sitcom. Whatever the case, keep it as short as possible. I have seen longer synopses – recently I read a series bible with about 200 words per synopsis and this is really the longest I would recommend going and the writer in question got away with it because they managed to make the events REALLY INTERESTING with lots of great action words and questions asked of the reader. If you believe you can do that too, be my guest. A lot of writers write an in-depth reader’s report-style synopsis for EACH episode in the series, but I think this is really, really dull and I just don’t think they’ll get read. Think about it: as a reader, you’ve got the chance of another cinnamon swirl and a coffee, or you read a load of synopses about a series that isn’t made yet that is set out as blow-by-blow “he does this, she does that” account?? No contest really, is there??

Format.Half a page, definitely no more than one page, detailing how the series works. That is, if it has a story of the week, how the story of the week works, who the returning characters are, how the series ends and how it moves on to series two, intended channel, intended slot, etc etc. This is important when you’re submitting to production companies because the development process is long and involves lots of people. If they option your script and you’ve given them a page with the word Format at the top, in my experience, the “format document” becomes part of the contract. That way you will have ensured you retain the format rights – the “created by” credit. Which is of course extremely important when it comes to getting paid. (Many thanks to the delicious Michelle Lipton for this insight).

So… What do we have?

Character profiles for ALL character x 1

Short synopses of ALL other episodes x 1

So, four pages plus your episode: those four pages are your CORE material really, what you absolutely can’t do without. I think there’s no problem going up to five pages (as long as your pitch is ONLY one page) – but I wouldn’t recommend eking anything out simply to fill the space. Here are some interesting ideas I’ve seen or talked about with other writers as “optional” for the series bible.

A letter/diary entry/interview with the protagonist and/or antagonist. Everyone knows getting under the skin of characters in pitch material is difficult. Writing something from their POV then is a great way of getting your reader on board – as long as this letter/diary entry/whatever TOTALLY ROCKS. If you skimp on it, it could have the opposite effect.

Photographs and/or concept art. If your series is set during a particular event or is historical or is set in the future, where is the harm in including some photos or pictures in your pitch material to show the arena (or “nail down” lesser known elements – for example, I had a client recently whose TV series took place in a historical location the average reader would not know, a photo then pays dividends)? I’ve seen both used to good effect. There is not a reason in the world you can’t do this. The only caveat I would offer is don’t go overboard with this device. We don’t want photos and piccies all over the place and I wouldn’t reccomend using piccies, even drawn ones, of characters because of that “casting” issue mentioned earlier in this post.

Setting/Tone or Arena. A few short paragraphs of the WORLD OF THE STORY is always a good idea, though not a necessity in my book – after all, the setting and tone should form part of your one page pitch. But if you want to expand on what you mention on that first page, there’s no reason you can’t – especially in science fiction or historical worlds. [Very often on the same page with “Location”, below].

Location. Location may play a big part of your story and even be a character in its own right, like the Hub in Torchwood or if it’s regional and outside London, like Hollyoaks. Remember not everyone will know what the hell you’re talking about, especially if they’ve never been to the location your series is set, so a few short paras about these elements and how they play a part in the story may help here.

Maps. Spec precinct dramas can benefit from this: if the “place” is bigger than the characters (ie. characters come and go and are “replaced” at will, but the place remains the same and is perhaps one building, like Holby City) a small map of where the main action takes place can help readers hook into where the events are taking place and why. I wouldn’t make the map too ornate or fancy. It can be risky as some readers are critical of visual aids but each time I have seen a map like this (about three times), I have thought they have added to the story in the series bible (I wouldn’t recommend putting it in the script!).

Ethos. This is essentially WHY you want to tell this story and HOW audiences can benefit from it. I’ve read some very plausible, moving arguments *for* particular stories and other times they’ve left me indifferent or even turned my stomach. Getting this one right is really difficult, as essentially you’re appealing to the reader to become as passionate about this series as you are. When it works however, you can’t beat it. Again: just a couple of paragraphs maximum should do it.

Of course, as individuals you may come up with something else for your “optional” material – and why not? There are no “rules” on what you SHOULD include in a series bible, bar the rules – don’t be boring or too long!