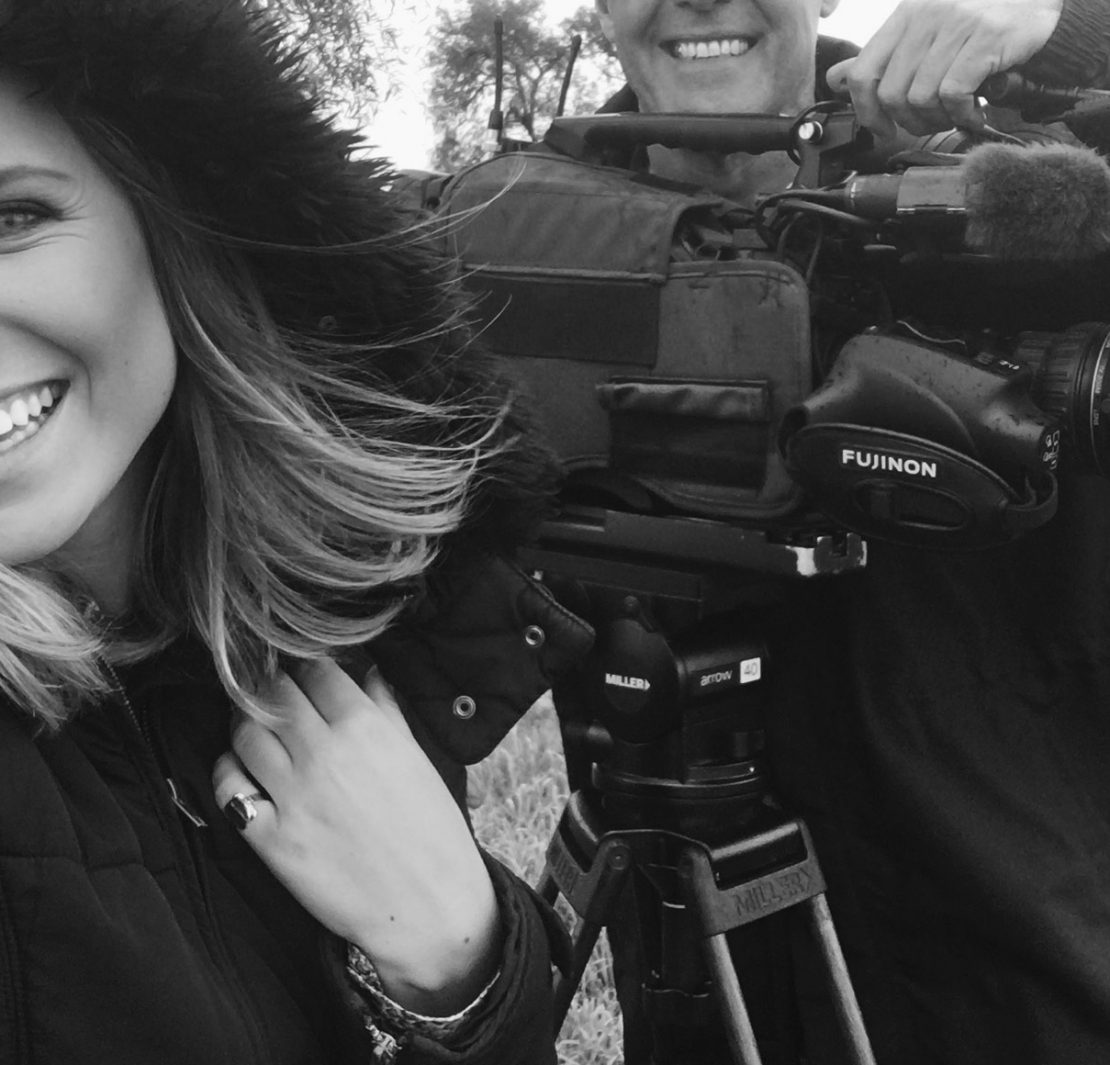 So you want a creative job? Look no further.

Most days she can be found out on the road with a camera crew filming anything from crime and police reports to conducting interviews for local news stories that will be broadcast on the 6pm news.

Q: What is an average day in the life of a News Reporter and Journalist?

I’ll spend the morning thinking of stories that I want to cover… I might have seen a story in the paper, or flagged an event date in my diary, then the other journalists and I all present our ideas at our 9am meeting. Our Editor in Chief will either approve or workshop the stories, nominate which story will be the lead for the day and then we are off!

So you’ll take a camera crew with you and film your stories. You could be interviewing a local farmer, covering a police report, a sports event or a government announcement. We come back in the afternoon to produce and write up the story so it’s complete before broadcast at 6pm that night!

It’s funny, when I started I was attracted to being on camera, and the broadcast side of television. Now I love the story telling aspect. You have the opportunity to give a voice to people that may not necessarily have the means to broadcast their message, and I love that.

Q: What did you study and where?

I went to Charles Sturt University and studied Bachelor of Communications, (Journalism)

Looking back, studying at CSU was the best three years of my life. I couldn’t recommend the course or the University more. I was initially attracted to the university because I knew that it had a really great reputation in the media industry; and actually, my graduating year were leaps ahead of those at other universities studying the same discipline because we had such a hands-on, in the field approach to studying, which is what matters most in this industry.

It’s funny, four of journalists I work with now were CSU students, three of my best friends have reporting jobs at other networks, I have girlfriends in radio, others in print… We all really stepped out of university and straight into our industries of choice. I couldn’t recommend the course more to anyone wanting to get their foot in the door.

Q: At just 22 you are already producing your own stories for broadcast, how did you land your reporting job?

I was offered my first full time job at Prime 7 before I finished my degree. I had made the choice to intern during my first year of studying and continued building my experience and portfolio throughout my whole degree. I knew I wanted to be on camera and telling stories, and getting an on the road broadcasting job is tough, so I really started building my connections and knowledge early. I had been interning at Prime 7 in Orange when a behind the desk script writing job became available in Canberra. I was still at University but I knew it would be a great opportunity for me to build my writing skills, so I took the job. And that’s another great thing about CSU, they allowed me the flexibility to both study and work at the same time in my last semester.

From the job in Canberra, I was able to move into reporter role in Tamworth. If you ask questions, are happy to learn, happy to sacrifice your time without expecting to be paid; the opportunities will start appearing.

How to make it from high school to Hollywood

Q: What makes someone a success in your industry?

You need to be happy to keep learning, you need to open to receiving feedback and understand that there is always more to learn. When you are starting out you can never approach a job with a, “I’m above this” attitude, and you just need to continue building your portfolio and connections.

Have you considered studying in Bathurst or Wagga?  Have a read of Confessions of a Uni Student who didn’t live on campus  & 8 Things No One Will Tell You About Attending A Rural University (And Why You’ll Love It) to see why you should consider the CSU experience.

Read other television career stories including Confessions of a Reality Television Show Producer  and Sports Broadcasting at FOX Sports.