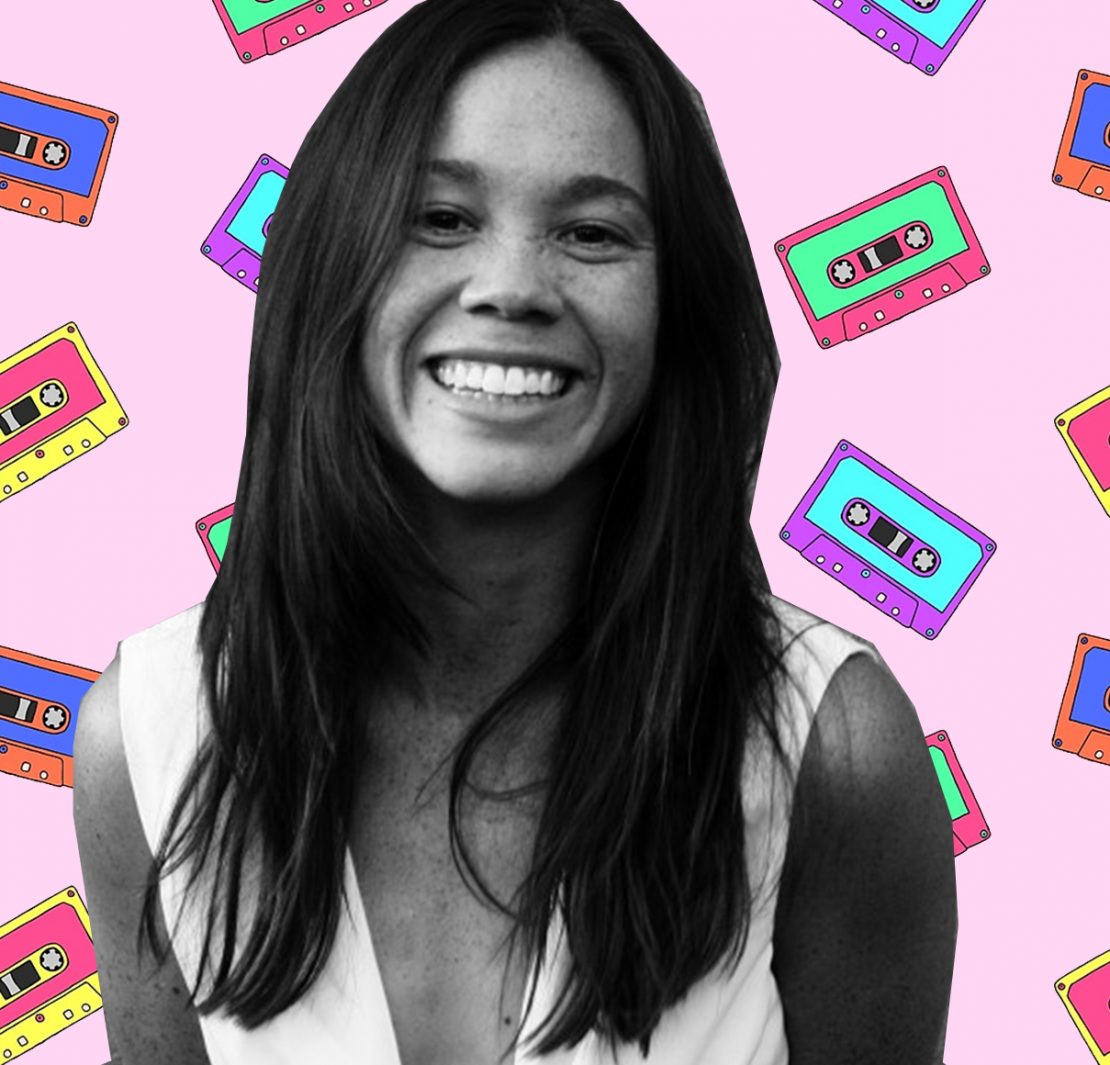 We sat down with Emma Chow from ‘Mike E & Emma’ on EDGE96ONE for the goods on on-air personalities, landing the gig and that work/life middle ground:

How to get ON the radio, and how to be GOOD on the radio.

When you’re looking to get a job in radio there are a few things that, if you want to stand out, you’ll have to say yes to.

You’ll say yes to working for free for six months to a year. You’ll say yes to joining a ‘street team’ and broadcasting sausage sizzles and raffle info through a loud-speaker (while dressed as a hot-dog). And you’ll say yes to packing up your home and taking a regional job in Bourke, NSW 800 kilometres from Sydney and even further from the nearest Sephora. There’s no doubt that the secret to getting your foot in the door is about saying yes. A lot.

But the secret, according to Emma Chow from ‘Mike E & Emma’ on EDGE96ONE, at being good at your job. Like, really good. Is actually the exact opposite.

“People are going to dislike you. It comes with the job,” says Emma. In fact, the need for constant approval in those early days can have you convinced that saying yes is the key to likability. Reality is one shade darker. Those difficult personalities, negative feedback, challenging clients and mess ups are what make you good, great and finally, greatest.

Emma is no stranger to these growing pains. She has been called every name under the sun and then some but at the end of the day she’s OK with it understanding that it “comes with the territory”.

“As soon as you acknowledge the trolls, comments, slander, they’ve won. You need to get to a place where it doesn’t bother you,” she explains. “You can never change that version of yourself that won you the job. You need to learn to be unapologetically yourself”.

What’s it really like managing real life and on air life?

Real life is rough. There are break-ups, breakdowns and bad days. Radio life, where Emma lives most of the time, suffers no such qualms. The show must go on. Always.

“It’s the worst when one of us will walk in at 5am and say, ‘It [a relationship] ended last night’ and then in two hours we need be on the radio”.

While ‘Mike E & Emma’ is an extension of their lives, and the audience undoubtedly feel connected and owed a certain level of sharing; you can’t you blame Emma and Mike E for wanting to deal with something privately before sharing it with their fans.

“We won’t talk about a person or an event for a while, usually until someone writes on social-media about it, and then it’s time to acknowledge it on-air” Emma explains. More than fair.

How do you break into the industry?

“It’s hard,” Emma tells us. “It’s so rare to have teams like Kyle and Jackie O and Jonsey and Amanda. Right now, you could be really talented and never get a go. Or you could get a go but never reach your potential because your spot is filled by these legends. It is a very small industry, and a very small market.”

The key, Emma says, is proactivity, “Podcasts weren’t a thing when I started. Get in touch with a content director who is willing to listen to your podcasts and give you feedback. Get some sound bites, just ‘the best’ of your podcasts from the month and say, ‘Hey, this is the best bits of our show, do you mind I you give me some feedback?’ and if they say yes, use their professional opinion. If they think you’re good enough they will invest their time in you.”

There is no right way to land the job. Not even studying will put you in better steed, when we look at the Sydney market right now, I could count the number of hosts that have used celebrity to open the door.

Emma knows some people who have started on reception and moved to the street team where they’ve scored their first air time. “If you hound them,” Emma adds, “and they think that you’ll be good at it, they’ll let you do the shifts. You won’t be paid for it, but you can do it”. While this does happen. It’s not a given and certainly not all that’s required. We’re talking back-to-back jobs, night shifts, AFTRS (country radio gigs) and slowly but surely, accruing your air time.

Her advice for students who get the opportunity to intern in the industry is simple: “Questions, questions, questions. If you aren’t interested in being involved, don’t bother, no one wants to mentor a slacker.”

How she got in the job.

A recent JMC graduate who was working at the Music Network, Emma was in the midst of what was becoming a routine; cold-calling content and music directors to ask what music they were playing on their stations. It was during one of these calls when Charlie one of the aforementioned content director, heard something he liked.

“Come in next week” ended up being the four word sentence that began it all.

While it wasn’t the Big Break we’ve all heard of (it ended with, “You’re good, but I don’t have any jobs”) but perseverance and building her portfolio paid off and her full-time stint on the radio began with yet another well-timed ‘yes’ on a phone call this time through to Mike E.

And the rest is history.