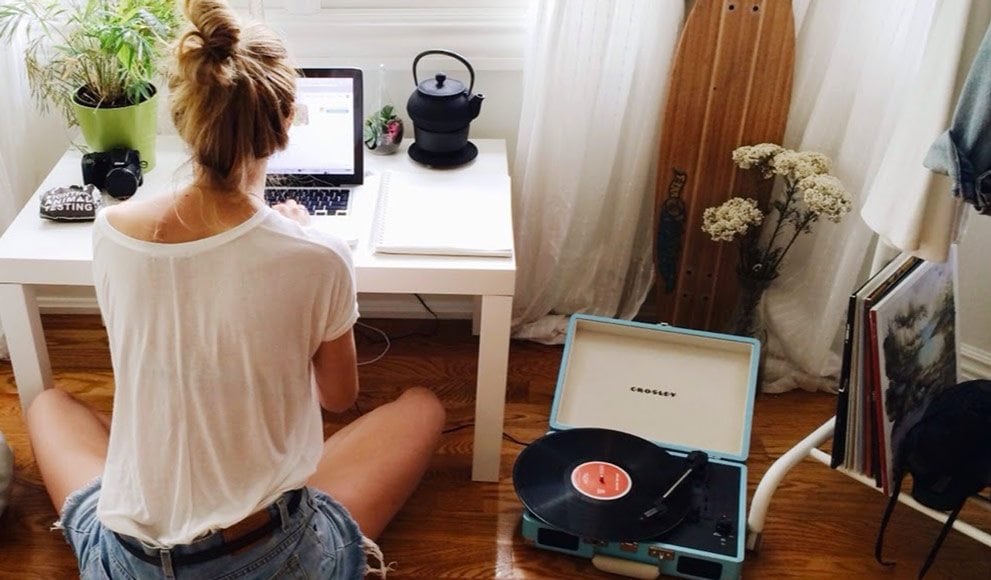 I have always come from a creative background and wanted to study art, so graphic design was just a  natural extension of that I guess. I originally wanted to be an Art Director, so studying Fine Arts seemed right.

Since I’ve begun working in the industry I’ve got the feeling that Art Directors and Copywriters are roles that are getting phased out a bit. I think that the industry is downsizing in a way, with firms becoming more efficient in the creative process, and people are more equip to work across the entire creative process- which means that some roles can be eliminated.

The firm I’m working at currently has definitely been proactive in adapting with the changing industry, paying for me to attend a front end development course at General Assembly (a private college at Ultimo, Sydney). It is six compulsory hours a week over two nights, with an extra hour on Thursday. The class started with about 25 people, all who worked full time and saw this as a skill extension, but quite a few have dropped out (we are about four weeks in).

Front end development isn’t a career change for me- it will just make me a Jack of all Trades! A lot of firms are looking to be full service these days, so it is a good skill to have.

There is so much in graphic design that you learn on the job. Landing my job as a Digital Artist, I emailed every agency in Sydney, sending through my CV and portfolio– and thankfully receiving a few call backs. I originally interned for 3 months, heading in whenever there was work to do. Doing this, they said I would get exposure to the various facets of a creative agency, and could see what I gravitated towards; either studio, trafficking, or financing. I ended up spending most of my time in the studio, and then they offered me a salary.

Each morning you’ll find me buying a coffee, checking emails, attending our WIP (Work In Progress) meeting, and having a little YouTube time. After this, I’ll get briefed on jobs (either long or short term). Today I was making FPC’s for Channel 9 and Universal for movies – I was working with layout redevelopment rather than creating them from scratch. On other days I could be refactoring prints, localising them to Australia or rebranding logos. It’s definitely a role with a mixed bag of briefs and clients every week.