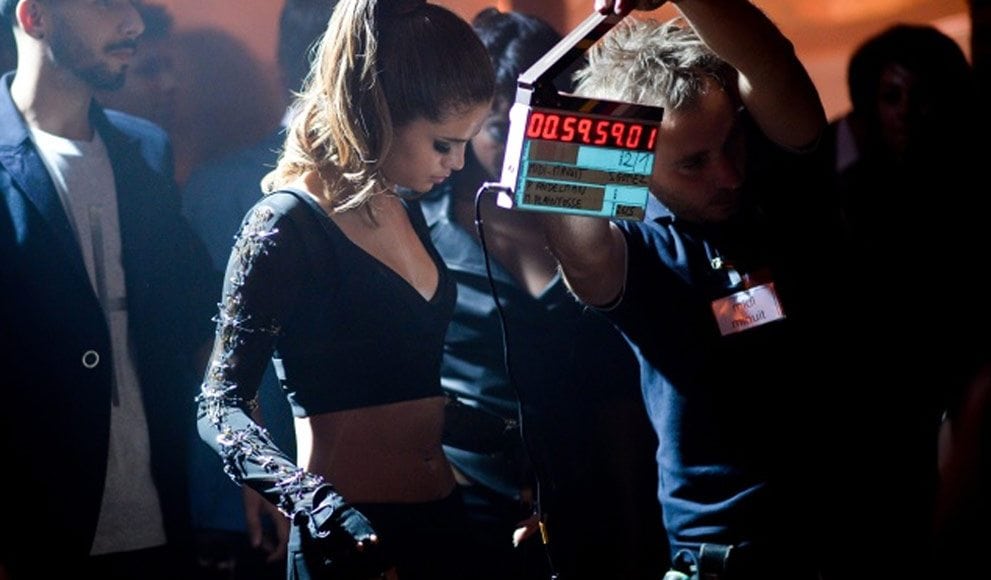 How about Selena Gomez?

What is the process of making a video clip?

We meet with the client and make sure we understand what the client wants to accomplish—what they are trying to say with it, who the audience will be, who will approve the script, what the production time frame needs to be, who, from their end, will be involved in the actual video and when the video needs to be delivered.

Last but not least, we agree on a budget and a clear definition of what that budget covers. Things can always change during shooting and if extra footage, locations or interviews need to be shot, that means the budget could change too. We also keep track of the tasks our clients have promised they will do for us (content, photos, statistics and other input) and encourage them to stay on schedule.

If there is talent involved in the video, we hold casting sessions, negotiate their contracts and hire the talent. We also hire the crew and meet with the Director and DP (Director of Photography) to work out the necessary equipment we’ll need and other technical concerns. Then we contract for that equipment for the days of the shoot. If there is a writer involved, we go over rewrites to the script per our client’s request or our technical needs. We determine what the locations will be and get all contracts and film permits necessary. We hire make-up and wardrobe people and arrange for purchase or rental of the costumes. Then we arrange transportation for all the equipment, crew and talent as well as making arrangements to coordinate with the client’s travel plans for the shoot. We make sure everyone along the way has been communicated with clearly and knows what is expected of them. We make sure we know how to reach anyone, any time!

At the shoot, a producer is responsible for everything–literally.

They must make sure that everyone else has everything they need to do their job properly. All the camera and lighting equipment, the prompter (if there is one), the props, the actors, the make-up and wardrobe people, the sets, the scripts, the food and water for everyone, the directions to get to the set, and anything else you can think of…is ultimately the producers job, no matter how many PA’s and assistants may be running around. If it isn’t there, the producer will have to deal with the problem.

During the shoot, the producer must make sure that whatever is being shot is what the director, DP and client expect to see and approve of. It’s the producer’s responsibility to speak up if something doesn’t look right or if a shot does not match something that was shot previously. As I said, things can change on a shoot and it’s better to speak up and make sure a shot is good than to have to re-shoot something another day—that would be very expensive! Generally, the producer is concerned with keeping on schedule so the shoot comes in at or under budget. The producer is also responsible for making certain that the crew is treated with respect and gets proper lunch or dinner breaks. An experienced crew works together over many years on different projects so it pays off, in the long run, to treat your co-workers as you would like to be treated.

In post-production, the producer works closely with the editor and graphics person to bring the script to life. Sometimes, we follow a strict script and know the shape of the edit very well, or sometimes we lay out a general outline in the scripting and the editor and producer work together to flesh out the details from the interviews that occurred during the shoot. At this point we double-check every detail, every fact and spelling, every link and phone number in the video. We make sure that we (again!) stay on schedule during the edit and client approval process. We keep track of changes and other client requests and help lead the client through the agonising process of cutting a video down to its core message. Then we deliver the video on time and for the agreed upon budget.

One final note: in addition to the above tasks, the producer must be married to their phone, return emails at odd hours and be willing to roll up their sleeves and step into any other job needed during this process.

Industry connections are very valuable in the industry, for this reason, we recommend:

The benefit of CSU is the professional internship placement program that is offered during your third year of study.

Sound like this is for you? Find the course you need.

Working on shoots as a fashion stylist

What is photo journalism?

5 ways to make it rain as a writer