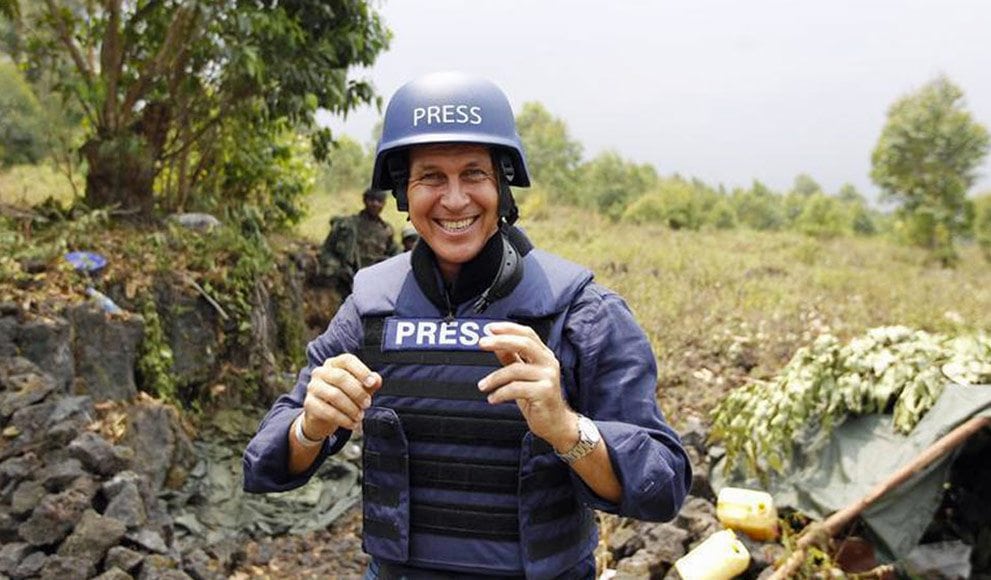 “I thought it would be more glamorous,” is one of the most heard phrase from those just starting out their career in public relations.

We spoke to public relations consultancy Howorth (who specialise in the business and technology sector) to get a little more information these other areas.

And what better case to discuss than the release of wrongly incarcerated, Peter Greste in Egypt.

Before we tell you how this public relations company worked to bring Greste home, let’s take a moment to remember the Australian journalist and how he ended up in Egyptian jail.

Back in 2013, while working as journalist in Egypt, he and another 2 colleagues were found by a court to be ‘illegitimate journalists’. They were not accredited with the Egyptian Journalists’ Syndicate – the body that manages local media workers. The court went on to find that they violated a host of regulations around the licensing of equipment, and that we were going to broadcast false news to undermine national security. It then sentenced his colleague Mohammed Fahmy and Peter to three years in prison, and added an extra six months to sentence of the third member of their team, Baher Mohammed, because he had a single bullet that he had picked up off the battlefield in Libya as a souvenir.

Howorth were accountable for the PR of Greste. Here’s how they did it, and an insight into what you may expect from a career in this particular public relations specialisation.

In late 2013, Al Jazeera English (AJE) journalist Peter Greste and his two colleagues were arrested by Egyptian authorities, charged with consorting with the banned Muslim Brotherhood. All were found guilty and sentenced to prison. The conviction was internationally condemned and public outcry was massive, but as days, weeks and month passed, support for Peter and his colleagues did not appear to be leading to any real action.

Thankfully, earlier this year, Peter was finally released and returned home to his relieved family in Australia. This campaign demonstrates what we did during those 400 days of incarceration to ensure Peter and his colleagues would not be forgotten, using media, the public and politicians to fight for their release.

Finally, it was the wish of Peter’s family that when he returned to Australia, he would visit the Australian government in Canberra to personally thank all within Parliament, whose efforts had contributed to his release. The Greste family and AJE vested us with the responsibility of arranging the two day program in Canberra. Whilst Peter has been released, we continue to work with him as we fight to ensure his two colleagues also return home to their families.

This was an immensely challenging task where we had to exercise the utmost care at all times with Peter’s personal welfare top of mind. Egypt’s new zero-tolerance approach to terrorism saw a real likelihood Peter would be paraded as an example. We had to walk a fine line, pushing for the release but not embarrassing the Egyptian government, insulting the Egyptian people, or ridiculing their judicial system. From media coverage and direct contact we knew Australian journalists and politicians viewed Peter’s situation with great empathy, but didn’t see any direct way in which they personally could help. MPs were unsure how any action of theirs would in influence the outcome. We had to find a diplomatic way to ensure the fight continued.

An obvious strategy may been to have Peter tell his own story. However, in the context of an unclear judicial process, and in a delicate diplomatic environment, we determined that doing so may threaten the chance of his release. We determined that without Peter’s voice, we would ll the void by helping his family tell both Peter’s story and their own. This created new ways for media and political advocates to show support and to stand together in solidarity across traditional divides.

An obvious strategy may been to have Peter tell his own story. However, in the context of an unclear judicial process, and in a delicate diplomatic environment, we determined that doing so may threaten the chance of his release. We determined that without Peter’s voice, we would ll the void by helping his family tell both Peter’s story and their own. This created new ways for media and political advocates to show support and to stand together in solidarity across traditional divides.

We built a bridge across all major political parties and established meetings for the Greste family with MPs and Ministers, and with the Egyptian Ambassador, and key members of the Press Gallery in Canberra.
The Australian Prime Minister (PM) Tony Abbott had previously left comment to his Foreign Minister, while President Obama and the UK PM David Cameron had already called for Peter’s release. We coordinated a private meeting for Peter’s parents and the PM, to appreciate the impact the case was having on the family. A week later the PM raised Peter’s case in person with the Egyptian President.

Over 500 pieces of media coverage and 357,000 tweets of our #FreeAJstaff created over 2 billion media impressions worldwide.

Politicians made 186 speeches on the issue across all levels of Federal government. When Peter was finally released and spoke at the National Press Club, it was to a capacity crowd and was broadcast by 3 network TV stations, such was the national interest generated in his case.
By placing the Greste family at the centre of our strategy over the 400 days of Peter’s captivity, using the right media engagement strategy and connecting the family with key political figures, we achieved the goal of ensuring Peter’s case was not forgotten. His release was celebrated in a two-day program we organised in Canberra including a private event with the PM & politicians, the address to the National Press Club and Peter and his family attending Parliamentary Question Time.

Snagging Six Figures: From earning $42,800 in Public Relations to …

You’ve heard of Roxy Jacenko… but what is public relations?